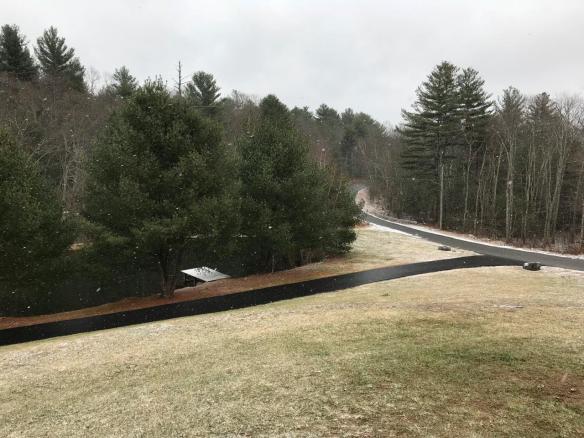 Ah, the changeable weather of March.

This is what we woke up, nothing too terrible, but school was already cancelled and for hours and hours we felt rather let down. . . . .in fact, the roads were perfectly fine when I ventured out with Sarah for her dentist appointment at 11.

Next door to the orthodontist is a small floral shop so the two of us ducked inside to look around before heading home.  It was warm and cozy and we met a cat named Penny.   Sarah said, “Penny is a great name for a cat.”

No one appreciates flowers like a Northerner at this time of year.  They are a feast to the eyes. . . . . 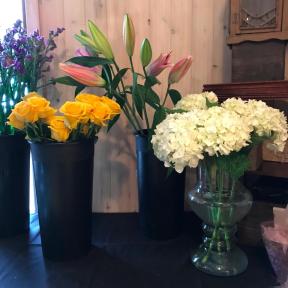 We came home with this arrangement. . .and a soy candle.

David and I played Monopoly with Seth and Sarah.  It was laborious.  And not fun.  By the time I had a total of 2 properties, everyone else had like 7.  I kept landing on non property spaces.  Seth played like he lives life, with no regard for keeping things orderly and neat, flipping around on the floor, spilling his iced tea, and so on.  He also got tired of the game even though he was doing very well.  We eventually congratulated ourselves for quitting at the half way point.  (we made it that far)  But isn’t the penguin token so cute?  I thought of you, Dad.

“Why aren’t these kids in school?”

“I can’t relax in these conditions.”

The Christmas Cactus surprised me with one more blossom!  (in a cobalt fiestaware planter) 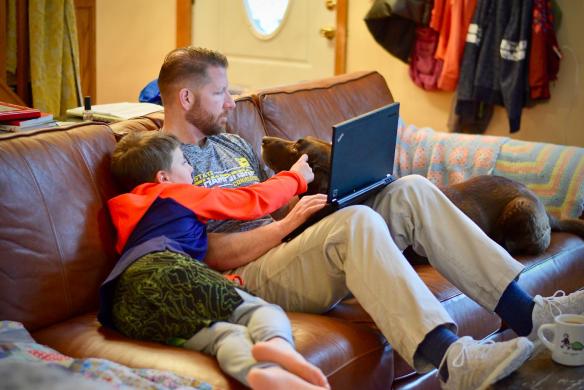 Rich got home from Dallas just in time for the big snow-day.  Everyone was glad to have him back. . . .including Parker the dog. 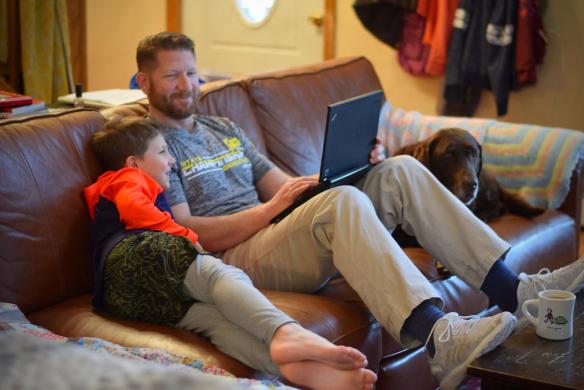 Eventually the snow picked up.

Rich went out with the children to buy a mattress for Joanna’s visit (tomorrow) and I had a nice hour or so to watch the snow fall and read my book (Don Quixote) which has been a highly amusing literary surprise.

“Published in two volumes, in 1605 and 1615, Don Quixote is considered the most influential work of literature from the Spanish Golden Age and the entire Spanish literary canon. As a founding work of modern Western literature and one of the earliest canonical novels, it regularly appears high on lists of the greatest works of fiction ever published.”  ~wikipedia

I picked up a copy at the thrift store for like 5 cents. 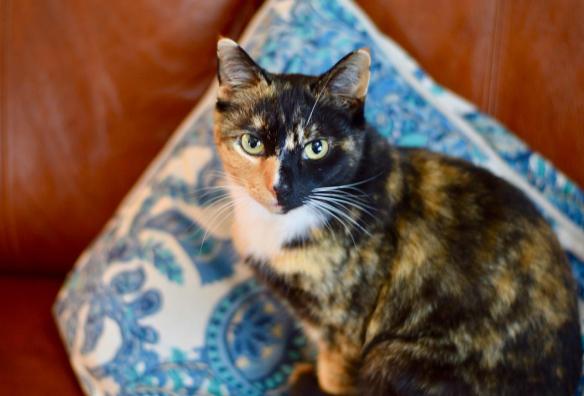 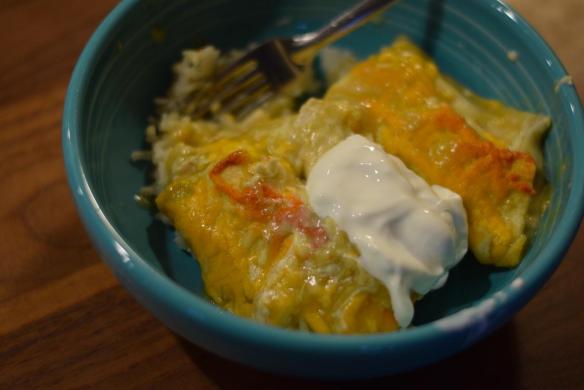 When they arrived home with the mattress, I had just put chicken enchiladas in the oven.  Everyone was so hungry.  Enchiladas were never anticipated quite like this.  We looked into the oven every 30 seconds to see if they were done.  Meanwhile, Rich told me all about his wonderful deals at the mattress store.  The man in charge gave them his full attention because, as he said, “You will probably be my only customers today.”  Rich told me his story as the children all hovered around, listening and watching for Mama’s reaction, after all they were so proud of their Dad and knew I would be, too.

Alas, just as Rich finished up his report and concluded by saying, “Wasn’t that a good deal, Shan?”,  Seth “ate his chair”, in the words of our 15 year old son.  He had been rocking back and forth on his stool, leaning on it instead of sitting on it, and it slipped out from under him and landed on him with a loud crash.  We all looked down at Seth on the floor as he started saying, like he was trying to convince himself or maybe pray for a miracle, “I’m okay, I’m okay!  I’m okay!”  Rich helped him to his feet and dusted him off.  It was dear little his nose, the part right between his eyes.  It swelled up slightly and bled a little but was not broken.  “Wow, he totally ate that chair,” said Dave,  “Is the chicken done yet?”  Seth went to look at himself in the bathroom mirror.  A picture would be nice right about now but I wasn’t in the position to be photographer at that point, I was too busy congratulating my husband for buying 2 mattresses, 2 pillows, 2 sets of sheets, a mattress protector, arranging free delivery and old mattress pick-up, all for the PRICE OF JUST ONE MATTRESS!!!!!!!!!!!!  “Wasn’t that a good deal, Shan?”  “Wait, I’ll tell you just as soon as I feel Seth’s nose to see if it’s broken………….”

I’ll just post this photo again.  Boy was dinner good.  They all dug in and enjoyed as they ate in front of the TV and got up for seconds and thirds.  Yes, TV is totally okay during meals on snow days.

The rest of the day passed lazily.  PTL

The snow continued to come down heavily and we woke up this morning to yet another snowday.  Rich plowed the driveways and headed to work after telling me, “No, I cannot take them with with me,” and the children went right outside before 8,  after breakfast to make hyenas.  (I don’t know but they took the bag of carrots, I saw Parker running around with one in his mouth) 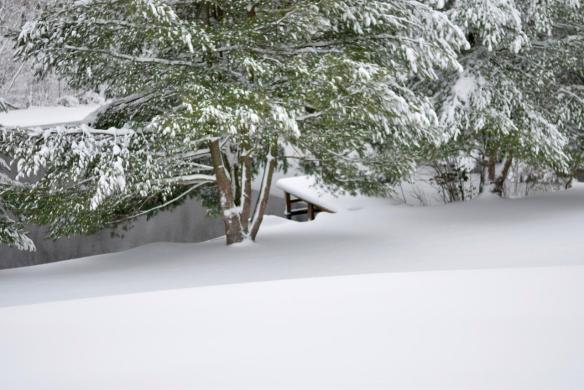 I filled up the bird feeders and admired little cat tracks.

I’m blogging in front of the window with my slippered feet up on the sill.  When I look outside I have to squint a little, the snow is so white and bright it puts our ideas of “white” to shame. 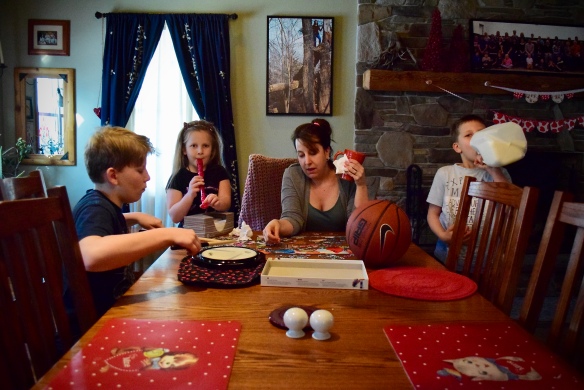 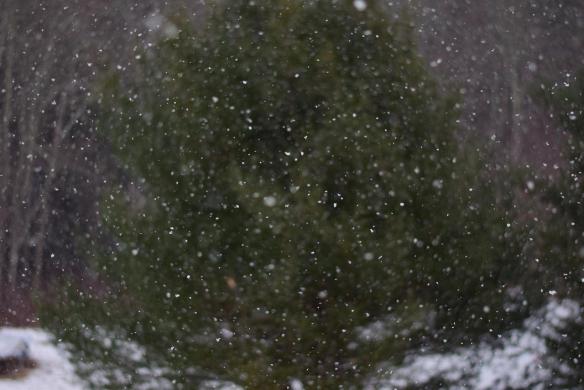 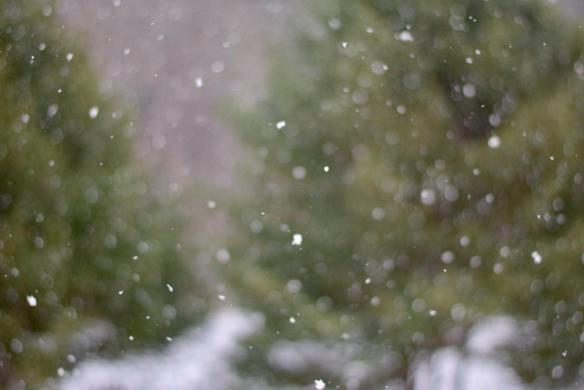 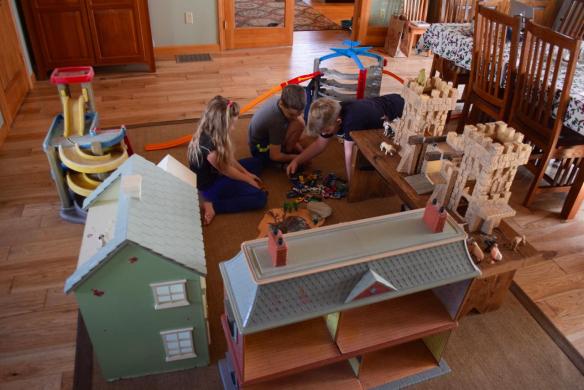 Toys, books, videos, art supplies, blankets, music, and hot chocolate are ready and waiting.  It’s another snow day in our neck of the woods today.  The children and I are sitting inside a giant snow globe; outside the windows of our warm house are millions and millions of tiny white snowflakes shaking down from the clouds of heaven. 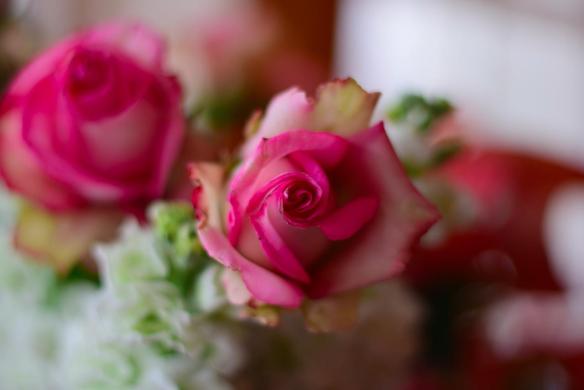 “I see that if I would be happy in God, I must give Him all.  And there is wicked reluctance to do that.  I want Him–but I want to have my own way, too.  I want to walk humbly and softly before Him and I want to go where I shall be admired.  To whom shall I yield?  To God?  Or to myself?”  Elizabeth Prentiss

“Do nothing out of selfish ambition or conceit, but in humility count others more significant than yourselves.”  Philippians 2:2 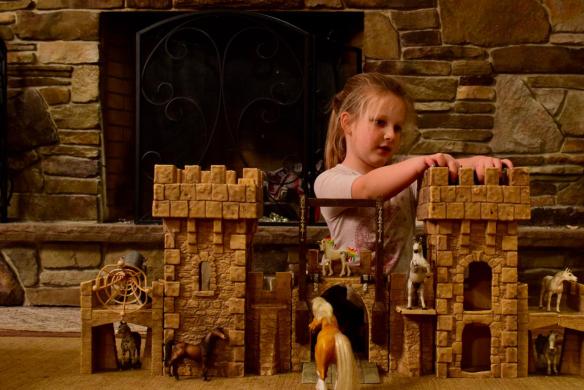 “I believe that selfishness is the front-door key of despair.”  Spurgeon 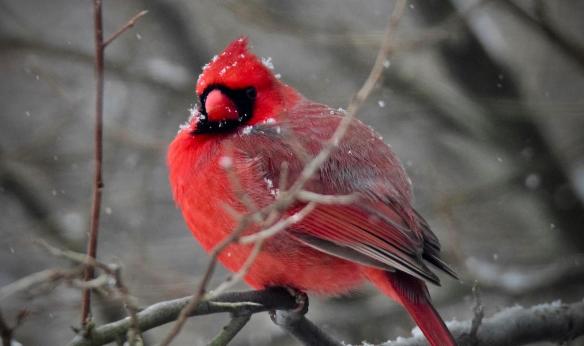 “As long as we have the itch of self-regard we shall want the pleasure of self-approval; but the happiest moments are those when we forget our precious selves and have neither–but have everything else (God, our fellow humans, animals, the garden and the sky) instead.”  CS Lewis, letters, 1954

God
our fellow humans
animals
the garden and the sky

Whenever something is bothering me, and I’m in a moral quandary, I dig out the ol’ journal and pen and start searching for quotes, verses, and other writings that have to do with my current topic of interest.  I talk things over with Joanna or Rich and that helps, too.  I love that I can keep my Bible near and read it for comfort and correction at any time of day or night.

A balm for my soul that always heals.

I come away feeling so much lighter and free.

(Dear Brother Dave, these are the sneakers Seth bought with the birthday gift card you sent him.)

“Since we belong to the day, let us be sober, having put on the breastplate of faith and love, and for a helmet the hope of salvation.” 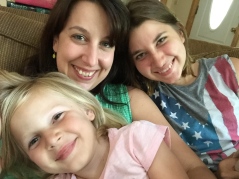 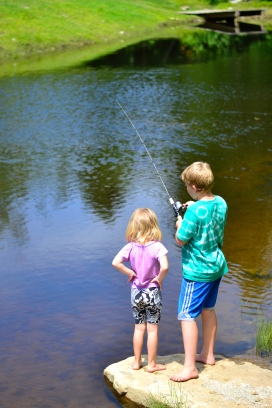 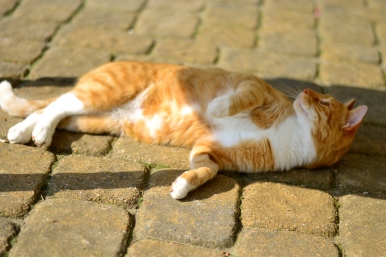