I think the noisiest school gym is the one hosting an all day wrestling tournament.  There is nonstop yelling, crying, whistling, thumping of mats, cheering, and so on.  By the end of the day my head feels like it’s vibrating from all the sensory overload.  HOWEVER, I have come to enjoy the sport.  It’s fun to watch and there is so much pride when your kid (my kid=my own boys plus any boy from our town) wins. 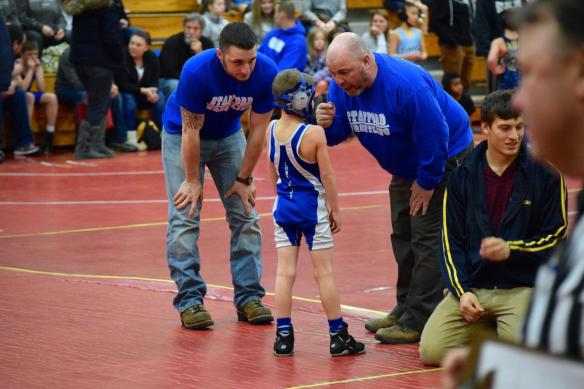 This is Seth getting a pep talk after a loss.  He made the strangest faces as he tried not to cry.   It was adorable.

Seth after a win.

He had four matches and only lost one of them, so he achieved a second place medal.

Running off the mat after his win, starting to take his head gear off.

I watched all of Seth’s matches and then Rich arrived (after church) and I left to take Sarah home for Ethan to babysit.  When I returned, Caleb had already lost his first match but I was just in time to see him win the second one.  (he got second place)

High fives from a team mate.

This is a really nice picture of David.  Unfortunately he didn’t have a really nice day and was beaten in all three of his matches. 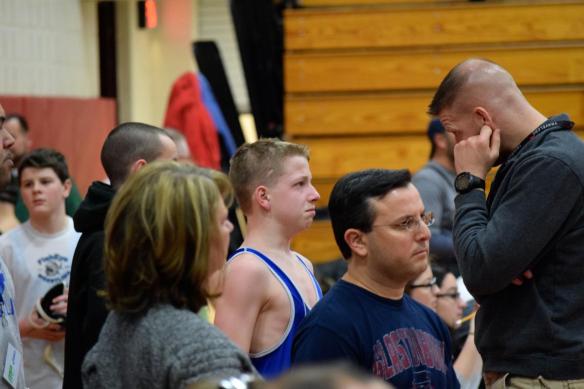 There are so many emotions in this sport!  But he recovered quickly.  He’s improving all the time, it’s just that currently he is at a rough stage because his body is growing so fast he can’t keep up with it. 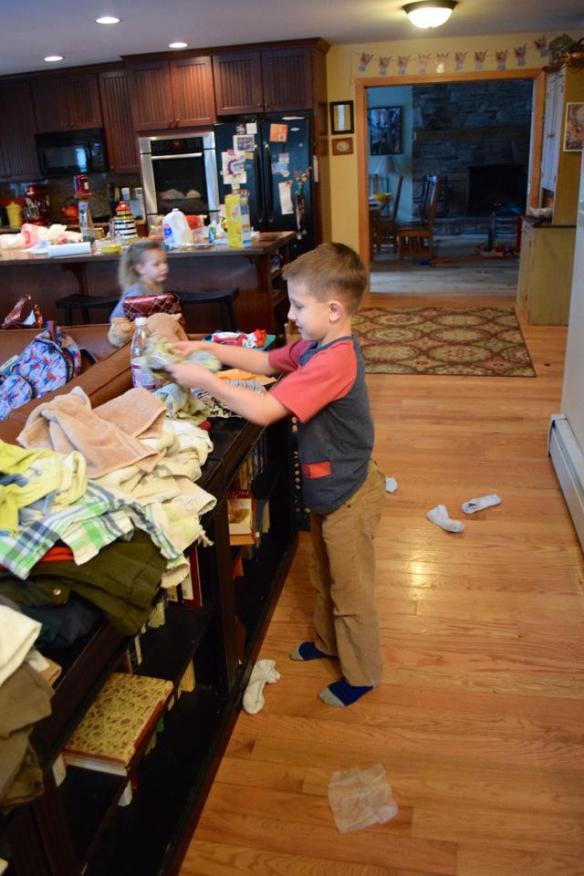 Yesterday I made Seth fold clothes.  We received a box of gifts from Hannah and he couldn’t open his until the job was done.

He opened up…..a moose money bank!  He was so happy. 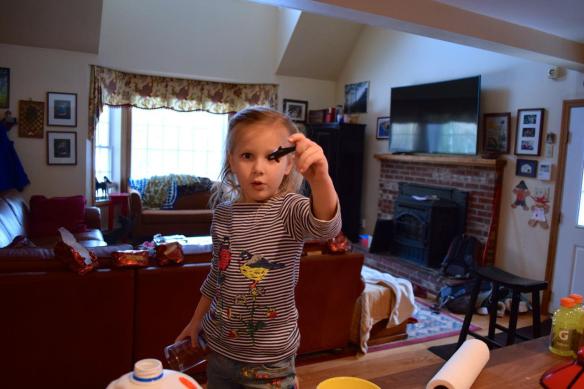 Sarah got animals, toy animals from Alaska!  And she took a bath with them, which is one of her most favorite pastimes.

Caleb received a sling shot, which David taught him how to use.

Each member of the family had a present to open and we were all very thankful for the thoughtful gifts from our dear Alaska~Hannah.

At the end of the day Sarah, Caleb, and David went outside to play.

David was target practicing.  He put an apple on a box and I watched him shoot all of his arrows and…… 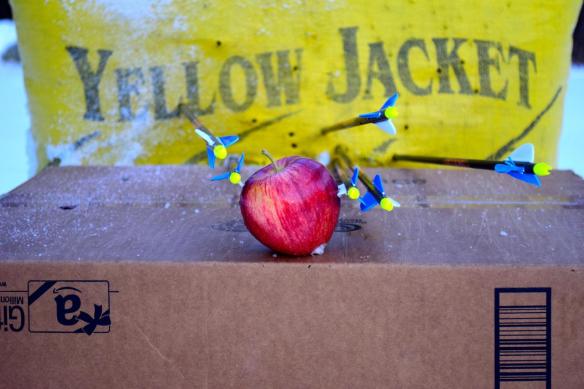 He did eventually hit it, however, and then he ate the apple.

Caleb went down the hill on a snowboard.

I am very happy to say that his school still sends the kids outside to play even if there is snow on the ground.  It’s so important for them to get fresh air.  Today Caleb got on the bus with two big bags full of his snow gear, his backpack, and his percussion music set.  But he’s strong and tough so he did just fine.

Isn’t he so handsome?  Oh how I love this boy of mine.  His cheeks are so kissable.

And Sarah…ugh….she is something else.  I’ve doted on her so much that now as soon as she sees me she immedietly thinks of all kinds of problems for me to solve.  At this point she was slightly uncomfortable about the sled Caleb found for her to use and wanted me to do something about it so I did.  I went back in the house.  I looked out the window and she was absolutely fine and happily sledding again.  (Now that she is almost 100% back to health after her surgery I am going to have to stop being so over the top motherly with her or she will be impossible to live with.)

This morning after the kids got on the bus, Hallelujah,….I took down all the fiesta greens (evergreen, juniper, sage, shamrock, seamist, light green, dark green)…..

I always keep the cobalt on the very top, it is The Honored Color in my house because it’s the very first color I started collecting 18 years ago.

Samantha Cat wants me to tell you to have a wonderful day.