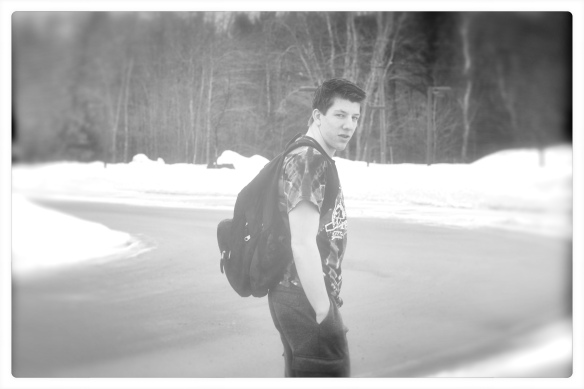 Grace is recovering from the flu and we are on the couch together watching The Well-Diggars Daughter.  If you have not watched this golden French film….it’s perfect and lovely…heart warming.  David and Seth are also home recovering from the flu.  For the last week, I have been Nurse Mother.  There is a huge pot of chicken noodle soup on the simmer in the kitchen, along with various medicines, tissues, drinks, and tender loving care, ready and waiting to meet their every need.

One son in the family has remained healthy, the one and only Ethan.  He is thankful that he didn’t spend his birthday, which was yesterday, sick like the rest of his siblings.

He requested a Boston Creme Pie and an Apple Pie for his birthday dessert.  With the extra work I had as Nurse, I decided to order the pies from a bakery half an hour away.  Grace was home from school so she graciously watched Sarah (and, Finding Neverland) while I was gone.  I picked up Ethan and Jacob from school.  With coffees from Dunkin Donuts, we went on our little road trip to the Bakery and then ate Ethan’s choice for lunch; chinese buffet. 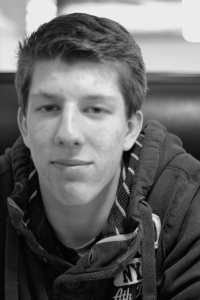 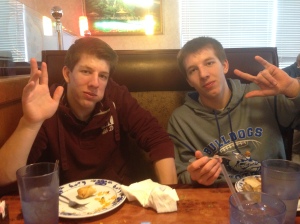 The waitress asked them if they were twins.  They are only a year and two months apart, so almost irish twins.   They act like twins, though, since the day Ethan was born they’ve been the best of friends.  For example, I had originally asked Ethan to go with me alone for lunch, but he asked if Jacob could go because “it would be more fun that way.”  He wasn’t being cruel, he was only being honest.  I love these brothers.  They are good for each other.  Ethan’s the only one in the family who doesn’t treat Jacob with respect for being the firstborn.  LOL 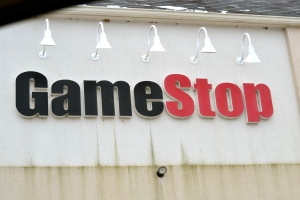 Ethan had 20 dollars Grandma and Grandpa, and with an extra six dug from my purse,he and Jacob went into GameStop (a used game store).

We arrived back home with a game for Ethan, a calligraphy pen for Jacob, and birthday pies. 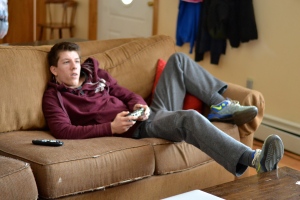 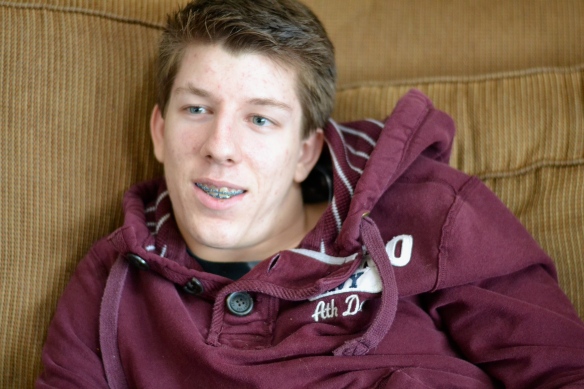 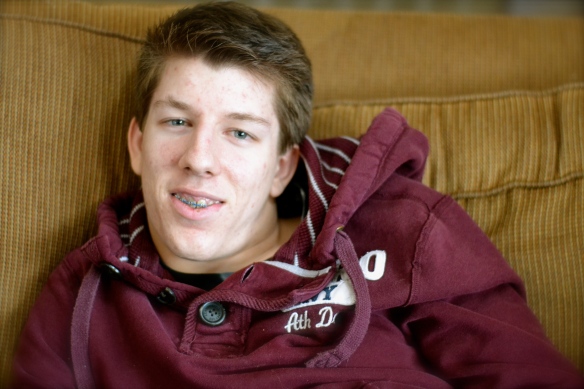 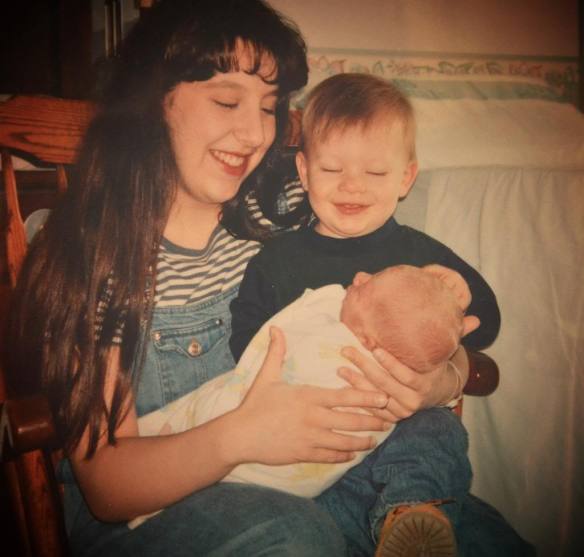 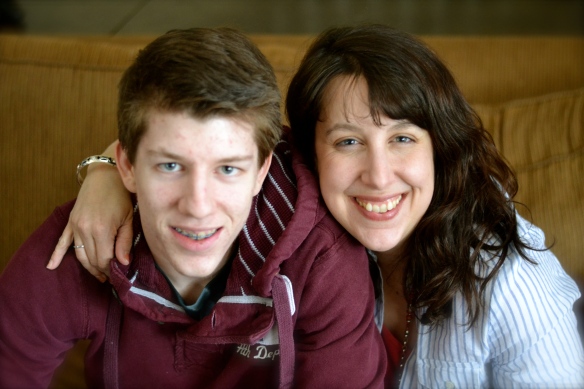 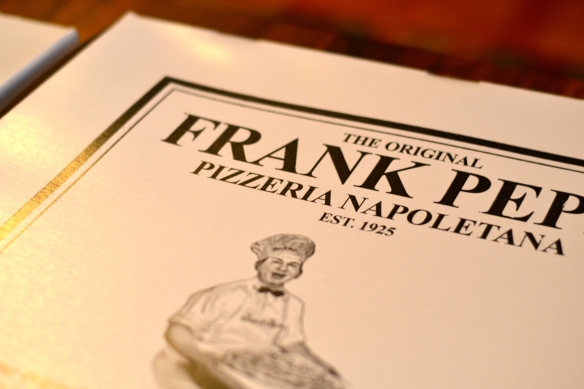 After so much Chinese food for lunch, he decided on pizza for dinner.  Rich brought it home from Ethan’s favorite place, Frank Pepe. 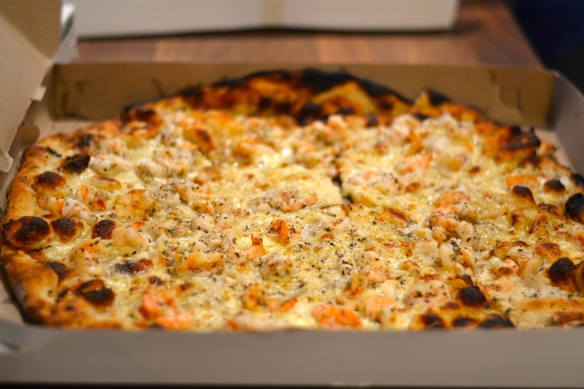 He loves the clam pizza but their supplier is having bad luck, so we ate shrimp instead.  With lots and lots of garlic yumminess.  There was a meat pizza for the others.  As I gaze at the photo, I am tempted to go get a cold leftover piece from the fridge. 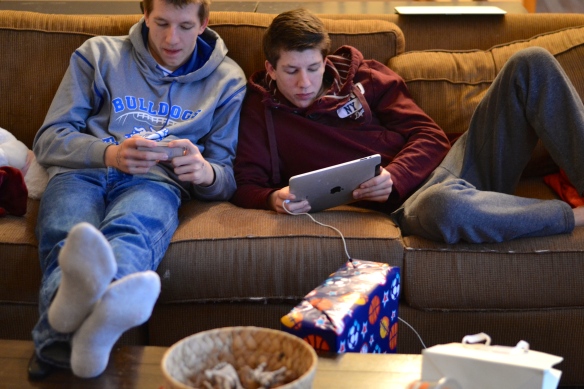 At first, he seemed more interested in playing his games than opening his gift.  But it wasn’t true. 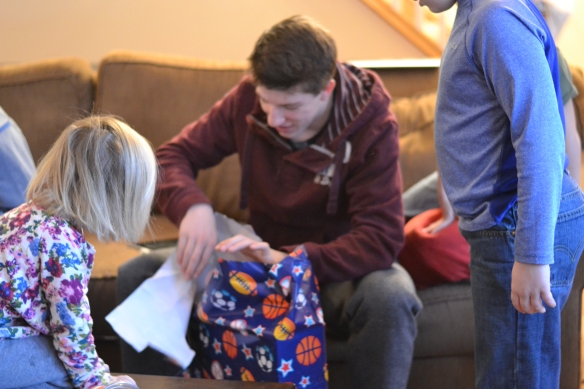 One of my favorite parts of being a mom of many, one of the beautiful little things I didn’t expect, is the joy in seeing the siblings get in each other’s way to watch a brother or sister open the birthday gifts.  All so very excited. 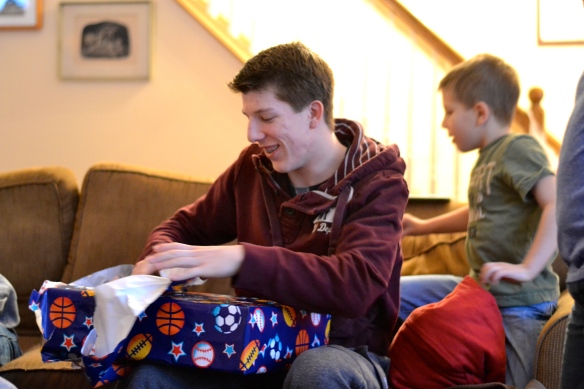 I had made Ethan wait until later on in the day to open his gift, because Rich was the one who took care of everything, although Sarah and I wrapped it.  Look at those faces! 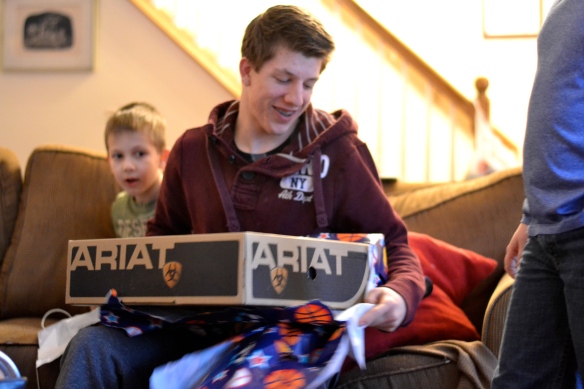 A smile for his Dad, a smile that says “thank you, I love them”. 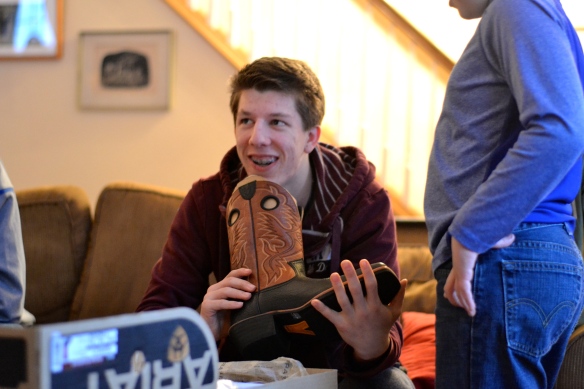 The smell of leather. 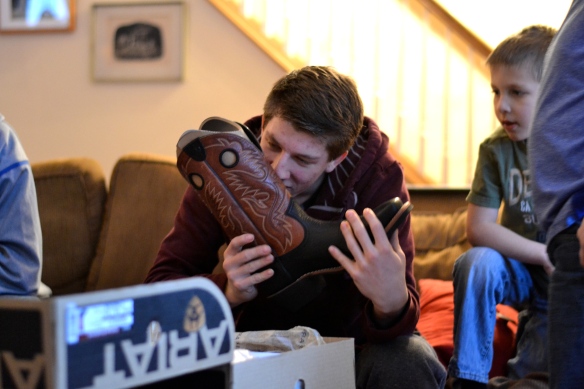 For the rest of the night there was a sound of cowboy boots on all the wooden floors.

A much cherished gift. 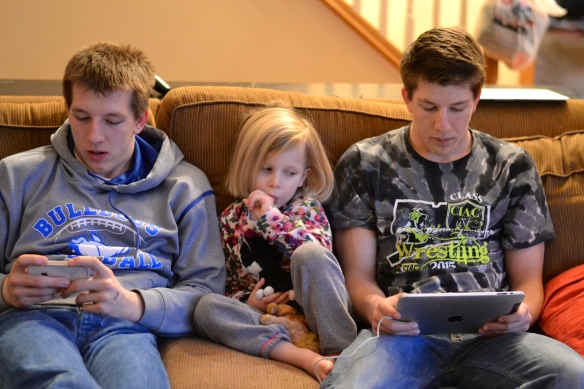 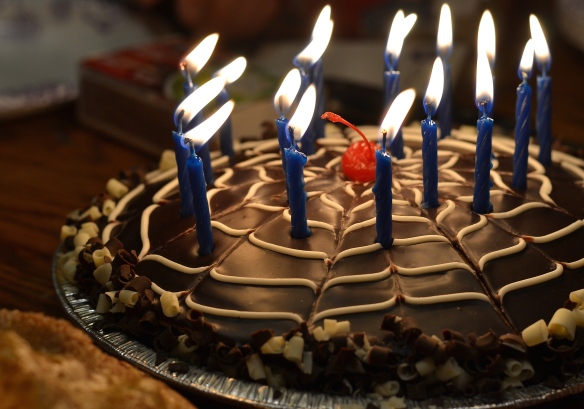 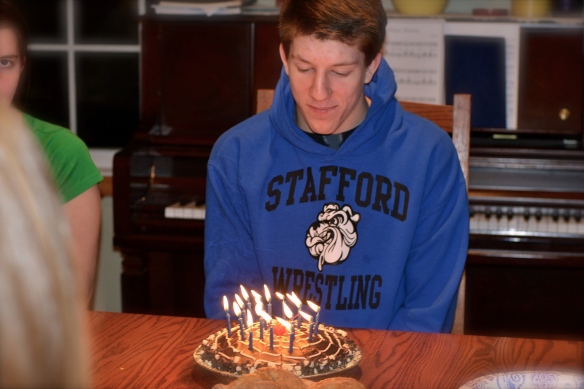 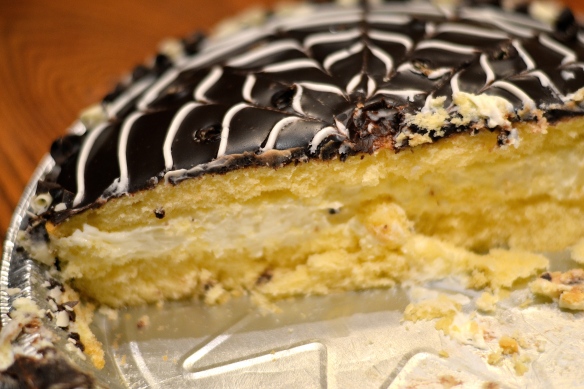 I, for one, became over-stuffed with pie.  Look at that cream in the middle!  And it’s real!  Not cool-whip or frosting, but real lightly sweetened whipped cream.  The cake (Boston Creme Pie, rather) was entirely delicious. 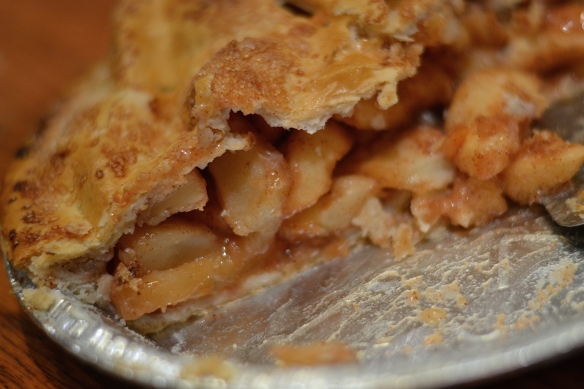 Apple pie was good, too.

Seth missed out on the birthday song and pie because he fell asleep on the couch.  David missed it because he was feeling sick with the flu.  There are leftovers for them.

After a while, I left Emily, Ethan, Jacob, and Grace playing a video game together with their Dad watching over them.  I got into bed with a grateful heart, all tired out from a day of happiness, celebrating my beloved son Ethan’s 17 birthday.

All those years ago I tucked him into my arms, a perfect fit, with so much love.

6 thoughts on “the one and only E”