I’m sure you might feel the same as I do about Grace’s hair.

I loved it long, it was so beautiful.  She got several compliments on it from random strangers in the days leading up to her appointment.

But, she’s had long hair for years and she was feeling a desire for a change.  Also, her hair is fairly thin and to me it wasn’t looking as healthy as it used to.

She asked us if she could cut it and after thinking about it for at least a month or more, we agreed that it was time for her to chose a hair style and sit herself down in a hair salon.

Here is a “before” picture:: 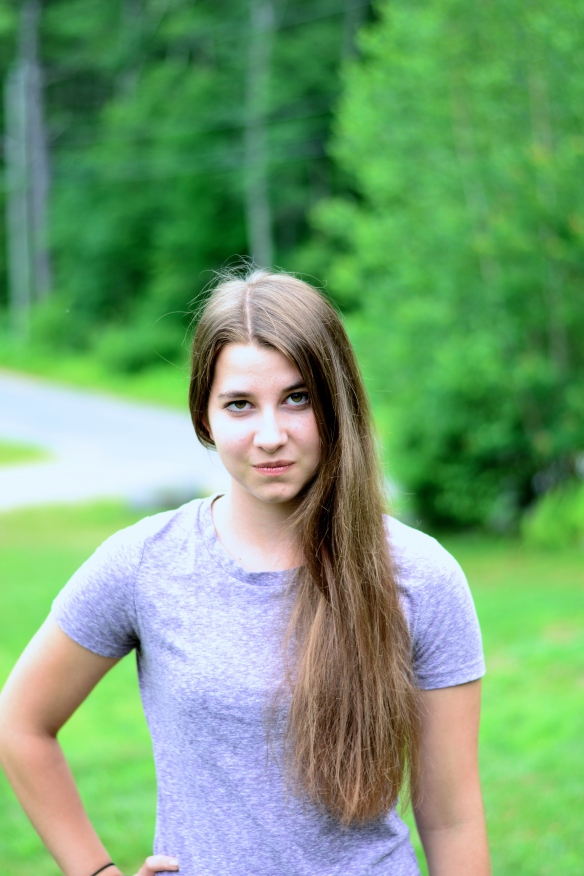 The sweetest part of this story is that her Dad took her to the spa to get it done.  She had to go twice, once for the cut and the second time for the color (done today) and he took her both times.  He also made her an appointment to get her nails painted, too.

(He makes most of my hair appointments for me, as well, and loves it when I pamper myself.  It’s one of the ways that he enjoys showing his love for his wife and daughters.)

He spent lots of money on her and then she came home and got upset about FISH!  But it’s Rich’s fault entirely.  You don’t buy 80 live silver shiners and then release them into the pond to get EATEN ALIVE by bass and catfish right in front of your tender hearted daughters and expect them to be happy about it.

We had to wait until after lunch cheered her up again before we could do our little photo shoot. 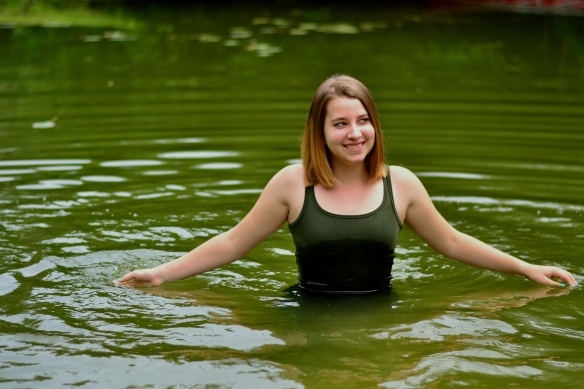 The cut looks so cute on her and I love the subtle ombre.  She came up with this style on her own and it looks adorable.  She’s 15 and this is just the right time to say “yes” to harmless changes!