Tread in solitude your pathway,
Quiet heart and undismayed.
You will know things strange, mysterious,
Which to you no voice has said.

While the crowd of petty hustlers
Grasps at vain and meager things,
You will see a great world rising
Where soft sacred music rings.

Leave the dusty road to others,
Spotless keep your soul and bright,
As the radiant ocean’s surface
When the sun is taking flight.

from the German of V.Schofffel, read in a recent Streams in the Desert devotional by L.B.Cowman 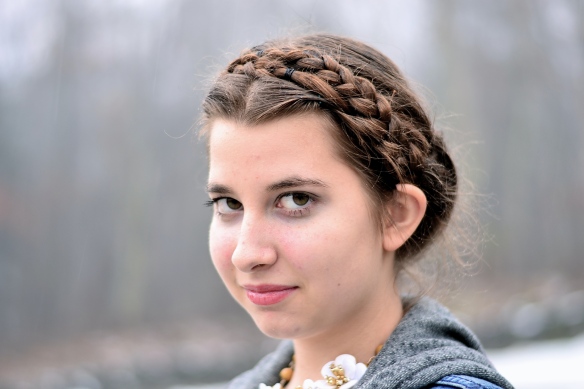 Hello, friends.
How are you?
My family is passing around the stomach flu.
Seth began it last Thursday, a week ago now.  On Friday he was well but we kept him home.  Rich had his team from work here for an off site meeting on Friday.
I woke up that night sick to my stomach and was sick all day Saturday.  And by sick I had thoughts of death being a pleasant alternative, it was awful.
Rich had Jacob, Ethan, Grace, and Sarah at a wrestling tournament.  Coach D. had David, Seth, and Caleb at another one.
On Sunday Rich took the children to church and I was still recovering.  While they were gone I opened all the windows, turned off the heat, and aired out this sick house.
On Monday, the children had the day off from school and I had to take Jacob, Grace, and Ethan to the school early for another wresting event, and then David (along with Seth, Caleb, and Sarah) to the orthodontist.  Also on Monday, I took Seth, who was coughing nonstop, to the doctor’s office.  He had an ear infection.  So we also stopped at the pharmacy.
On Tuesday, Caleb was sick with the stomach bug and I fell down on the ice and hurt my knee.  Thankfully, it was only badly bruised but my fiesta bowl smashed.
Wednesday, Caleb was still sick.  I called Paula to tell her I had to miss CBS.  Ethan stayed home from school because it is mid-term exam week and he didn’t have any testing.  Jacob called me at 9 to ask for a ride home because he didn’t have tests either, and his girlfriend Emily did not go to school because she was sick.  Sarah and I picked him up and we went to the library for a little while before coming home.  At 3, I had to go pick up Dave from the middle school because he stayed after for math help.  When I got home Rich and I met with the guys who will be replacing the floor and shower in our bathroom.  Rich left with the boys at 4.  They had a wresting meet which their team won.  Rich came home briefly to get Dave for practice and then left again for the High School.  I read a really long version of  Hansel and Gretel to Seth in his bed and he played with my hair while he listened, and then had an hour of quiet (watched Hinterland) before going to bed myself, and falling into a deep sleep.

That is, in a nutty nutshell, what I’ve been up to since the last time I blogged.

Today is THURSDAY, (I think) and David was supposed to get his braces put on….. but when I got up this morning at 6:15, David was on the couch……..the next victim of the stomach bug.

Caleb is no longer throwing up but he is weak and weepy so he is home today as well.

Jacob, Ethan, and Grace are at school for mid-terms and I did 5 papers with Seth last night, trying to get him caught up on his Kindergarten work.  He is at school today.

As for myself, I must say, it has been one thing after another as usual, but with sick kids at home I have not been anywhere all week except for the daily running back and forth from the schools and that nice little break at the library yesterday.  It has been overwhelming to say the least but every day there are things to be thankful for, (like a hot bath)  and I write them down in my journal.  I am exhausted and last night I was yelling about tuna fish, but I think today will be a quiet day….currently, David is asleep and Caleb is playing a game on the iPad.

I did manage to read a book on the kindle….Etched in Sand, by Regina Calcattera.

I took these pictures of Grace on Sunday, in the misty rain, after she came home from church. 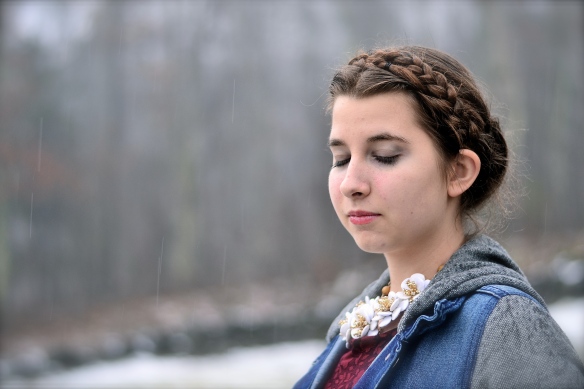 I love this daughter of mine.

It went nicely with one of those marinated pork tenderloins that you can buy and just roast in the oven for half an hour, and a salad. 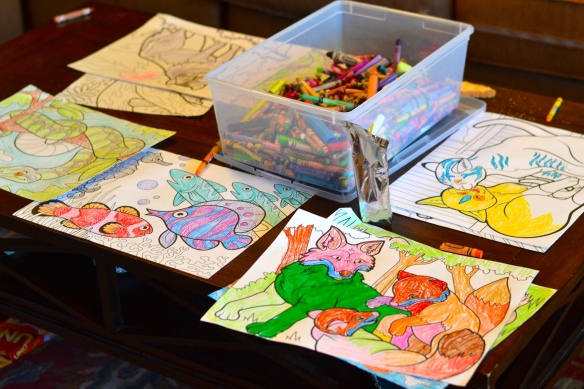 There has been a great deal of coloring happening.  And a lot of playing with mama’s salad spinner (better than any toy).  They spin their little animals in it, and marbles. 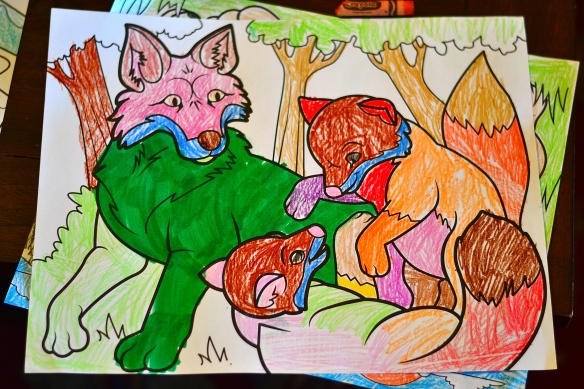 Sarah Joy colored this one.  I love it. 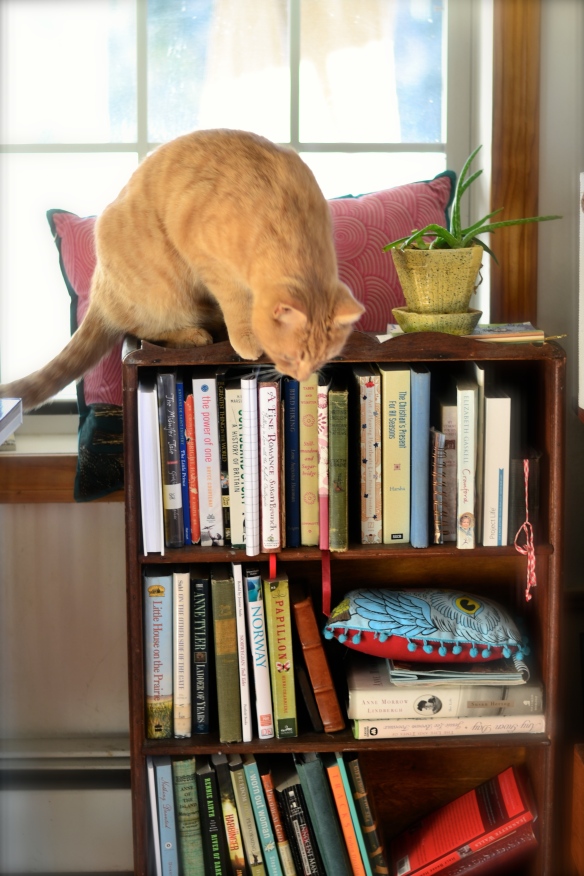 This girl has been a bright and happy ray of sunshine during this crazy week.  She’s happy and talkative, so cute, I’m so thankful for her (for all of them!!) 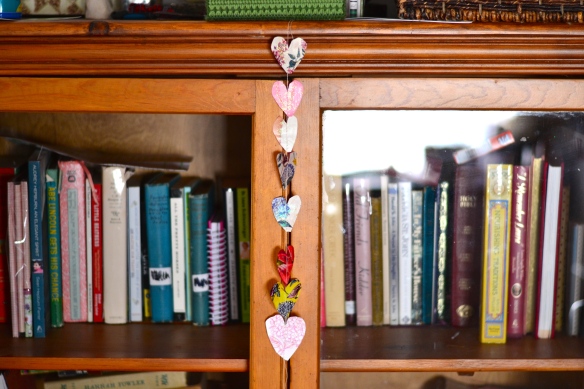 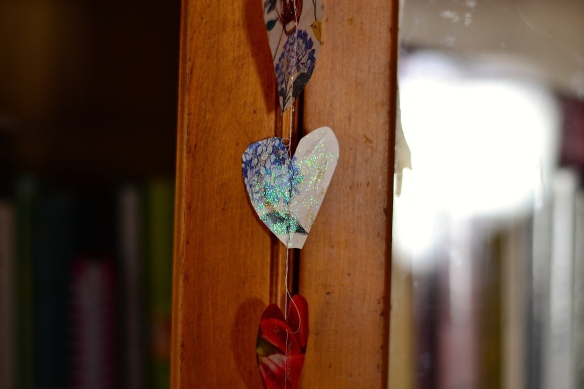 9 thoughts on “portraits of Grace, macaroni and cheese recipe, and what we’ve been up to”