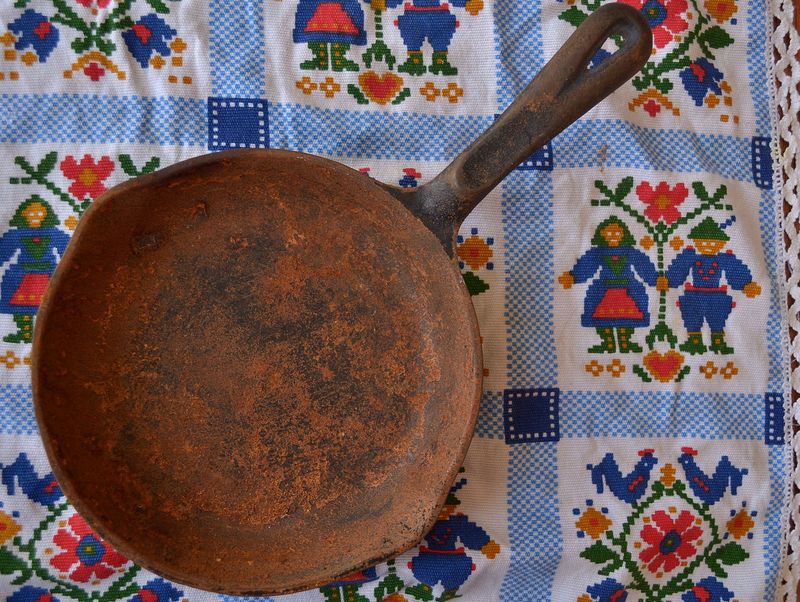 I mentioned last week that I had been organizing my kitchen cupboards.

Imagine my surprise when I rediscovered one of my cast iron skillets, only to find it covered over in a layer of dismal rust.

Unlike the cheap nonstick cookware of today, well taken care of cast iron will last forever, so, I set about repairing my orange iron skillet. 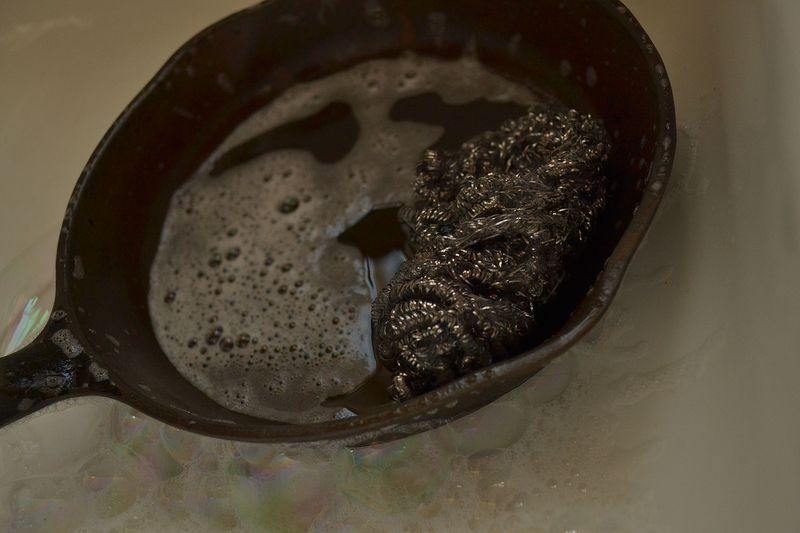 It already looked much much better after a hard scrubbing with soap, hot water, and a stainless steel scrubbing pad; all the rust came off.

Then, I dried the skillet, poured in some vegetable oil and rubbed it in thoroughly. 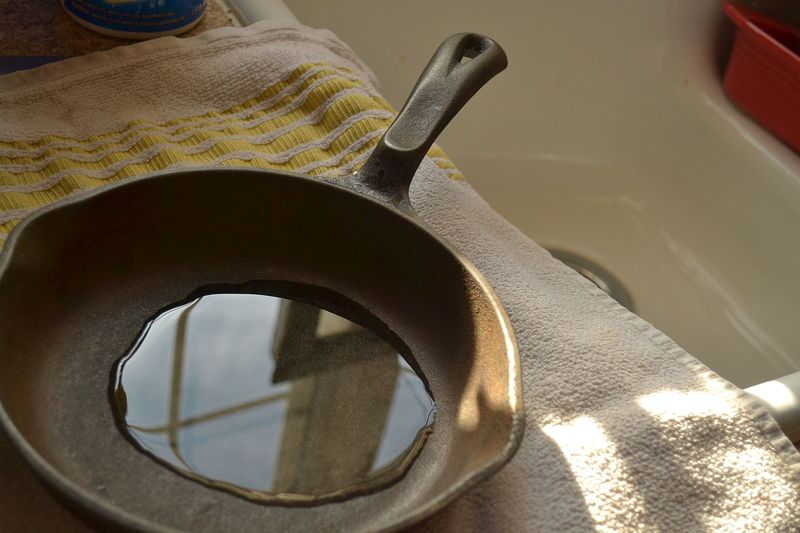 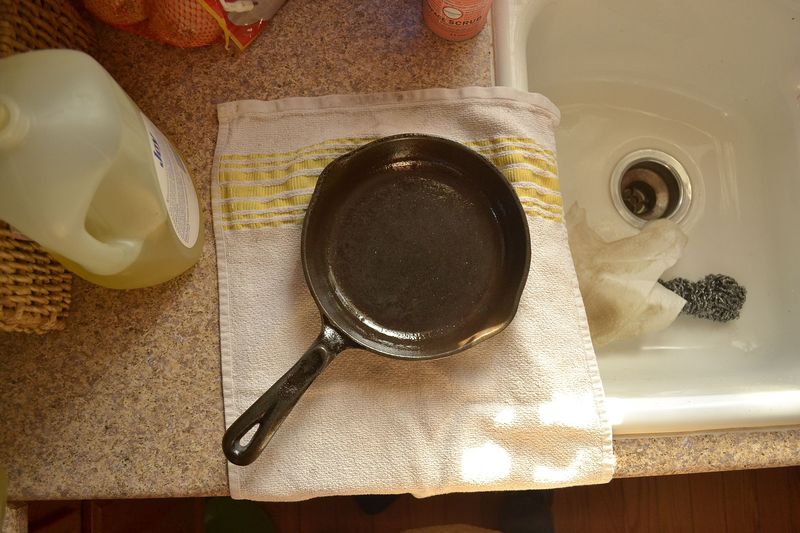 After rubbing it with oil, I baked it in the oven with it’s little sister, which I also re-coated with oil.  I used a 350 degree oven and left them alone until I noticed that the oil had baked in nicely (an hour or so)…..

Just look at the difference.  The larger pan was the one previously covered in rust.  It came out of the oven black and reseasoned perfectly.

I used the pan for my breakfast omelet this weekend and it cooked wonderfully.  Cast iron heats evenly and retains heat nicely, too. 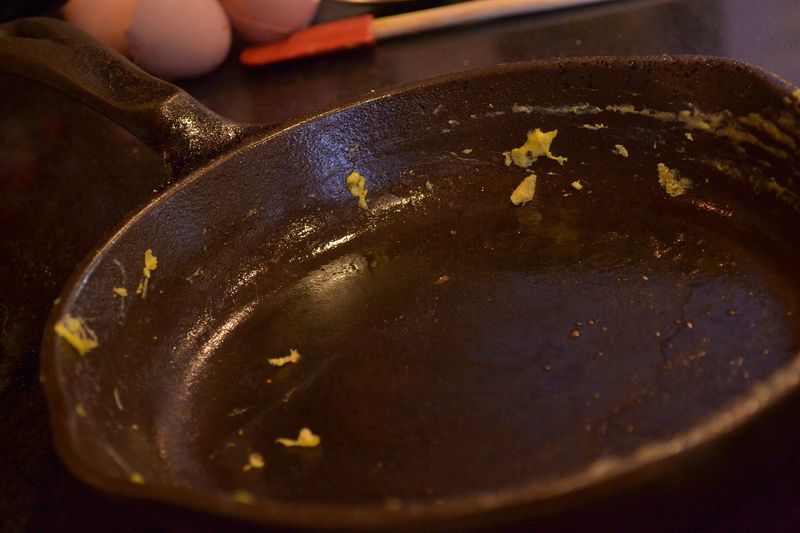 A well-seasoned iron skillet is practically nonstick, and never needs to be scrubbed.  I used a wet dishcloth to wipe out any leftover egg bits and then dried it with a paper towel.  I always try to leave or add clean grease, to keep a nice coating for next time.

It will never rust unless you are dumb and throw it in the back of a cupboard wet and then leave it for a year.

You don’t have to use as much butter and oil when using cast iron.

Also, another interesting fact is, if you cook with cast iron pans you will end up with iron fortified food.  Which is a very good thing, indeed.