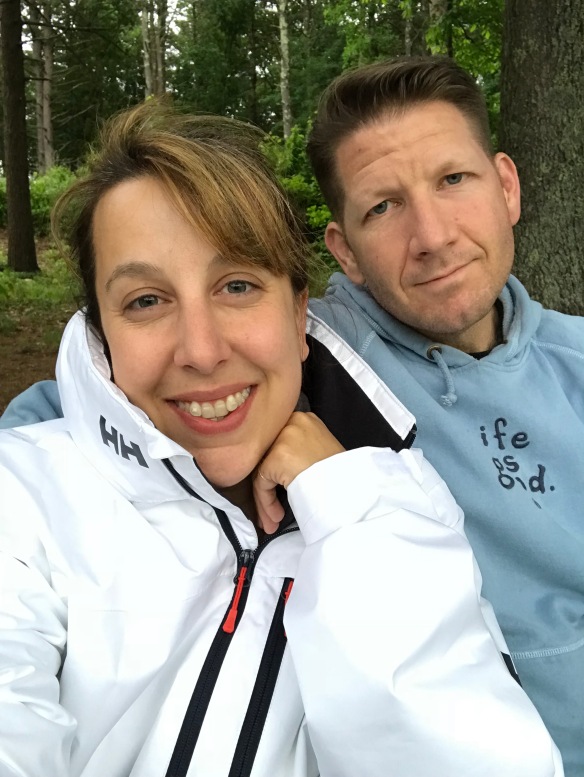 We were really rather silly last night at the baseball game.  I guess being apart for 2 days and generally being over-exposed to little league baseball lately can do that to a couple.  It was cold!!  So he let me borrow his really nice jacket that he bought in “Norway” at Epcot in Disney.  We did a little walking before the game started.  It was just the two of us, no other children but Seth who was in the game.  Seth had left his glove in the rain and had to borrow a glove which was too big for him.  We got silly watching them play.  Our team didn’t do very well and Seth struck out all but once.  Rich says he needs another trip to the batting cages and I said, “Yes, lets go after church on Sunday, they have good food there.”  And then he looked sad because he has another business trip coming up.  And then as soon as he gets back I am leaving for 10 days on my trip to Alaska.  But we sat together on the bleachers and leaned into one another and talked and laughed.  We walked with our arms around each other trying to keep our legs going in the least awkward way.  The bathroom doors were locked and I didn’t want to use an outdoor toilet (because too many little joyous boys use them *ahem*) so I ended up leaving an inning or two early (we had driven separately) and he walked me to the car and buckled me into my seat.  I gave him back his jacket and drove home.  Later on, we watched TV.  We’ve been watching the original Star Trek series together and I almost always fall asleep before the ending.

3 thoughts on “with rich”