savor ~ to enjoy food or an experience slowly, in order to enjoy it as much as possible

“If she were seen holding a stem of beardtongue blossoms to admire their color or stooping to touch the spikes of jimson leaves, some would solemnly call her mazed in the head not to know beardtongue when she saw it, and others would wonder, grinning, was she so wit-scoured as perhaps to eat jimson?  Gossip had it that she went about with a notebook and pencil and would stare at a thing–bird or bush, weed, sunset, mountain—and then scratch at paper awhile as if she were addled enough in her thinking that she might forget what was important to her if she did not mark it down.”  Cold Mountain, page 77-78

I was walking around the pond and picked the stems of three daisies to gift to little Sarah, who was playing at the water’s edge.  I thought she would enjoy floating them in the water like pretty little boats.  I happened to see a tiny struggle going on underneath one of the blossoms.  A small red bug was pulling and tugging at a worm smaller even than one of the white petals.  I put it gently on the ground to watch.  A miniature little scene, something real and active, yet silent and easily missed.  Neither one of them wanted to let go…the bug holding the worm, and the worm holding the thin edge of the daisy petal.  But shortly the worm lost it’s hold and the bug moved fast to carry it away.  Of course with the daisy now topsy turvy, it took him a quick second to realize that what was “down” was now “up” and the bug had to run back down from the top of the cut of stem to move off the flower and onto the rock,  heading for the sheltering grass. 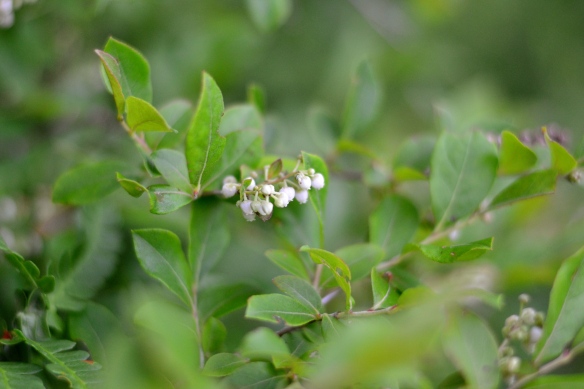 With a basket on my arm, I later wandered away from the house alone in the golden ending hours of the day.  I was after berries.  I found a cup and a half of blackberries around the house and garage and wanted to see if I could find more.  I had an idea of where some might be, and perhaps even some blueberries, but the bush I thought was likely blueberry turned out to be something unidentifiable.  It had little white blossoms on it that looked like the blossoms for blueberries, but no berries, instead, little hard seed pods.  I stood in the twilight, letting myself settle into the very quiet of the beaver pond.  Three golden birds sang by with their wings fluttering.

I was wearing flip flops which were now soaked with water but as I looked a short distance down, I thought I could see a blueberry bush, so once again I picked my way through tall grasses, rocks, and branches, basket on my arm, heavy camera around my neck.  Smiling a little smile. 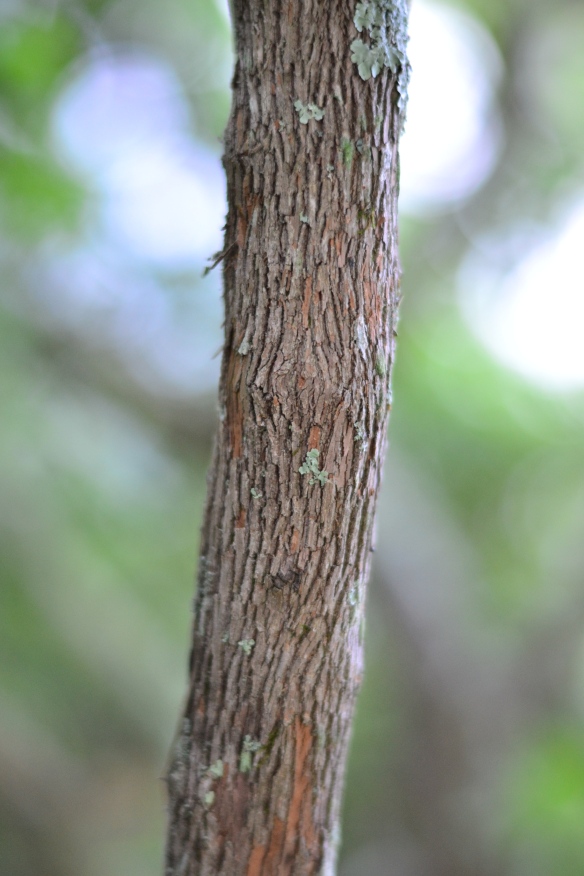 I tasted a berry, there weren’t very many, and held a thin branch of blueberry bush in my hand.  The bark was rough and strong. 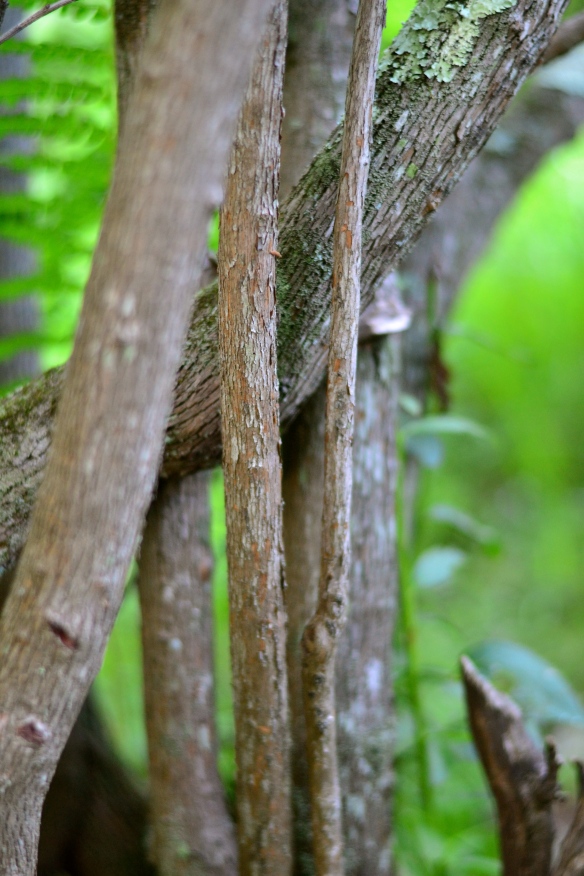 Under the bush was like a shelter.  The branches were over hanging, all leaning toward the right, making a roof of green leaves overhead.  I imagined taking the time to gather in under them, to watch the water, the little bugs skimming on top, the birds flying by not knowing I was there.

The path that I took to get to the bottom of the hill, with the water of the beaver pond. 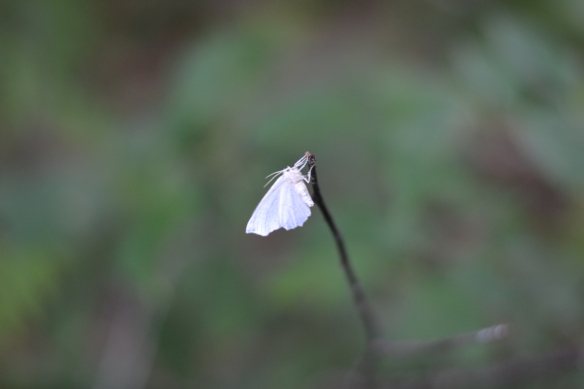 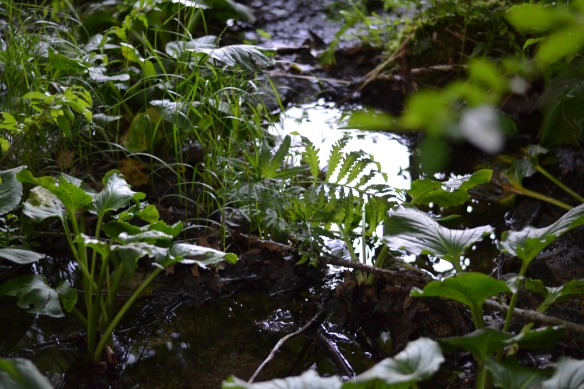 There is something so satisfying about standing still in a lonely spot of nature for a time, listening, looking, wondering.

2 thoughts on “after berries”