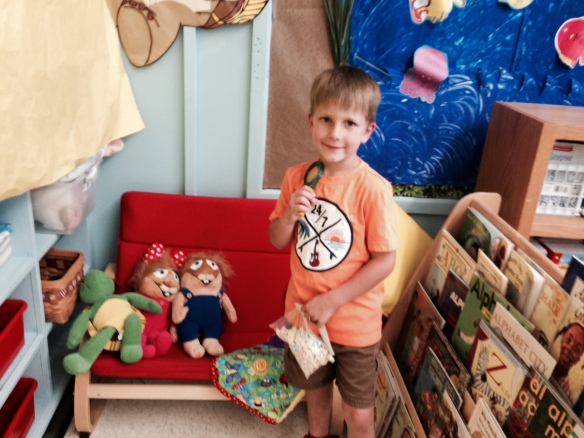 Seems like just a month ago, this little guy was a baby (that’s him in my lap, 5 years ago^^) –and now here he is going to Kindergarten!

We went to the school yesterday, his hand in mine, to see his classroom.  He has the very same teacher that his big brother David did for Kindergarten.  It’s fun because she and I both remember when I took newborn Seth into the school during a parent teacher conference-they already knew each other-!

He’s been wanting to go to school for a long time now.   I have no doubt that he is ready, but I’m going to miss him during the days so much.  My baby boy.

At the orientation he had to paint his handprint. 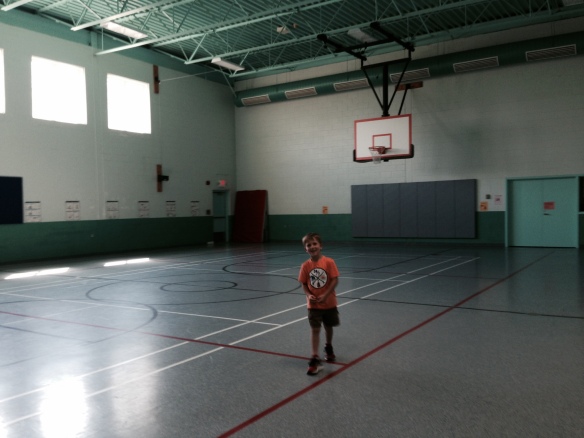 He got to see the gym.  If he’s anything like his brothers, this will be his favorite place.

So yes, I had to struggle to keep from crying right there at the school yesterday.  Thankfully I held it together, for Seth’s sake.  I got to see my friend Heather, and also as a happy surprise, another friend of mine’s son is in the same class as Seth.  Actually, her daughter went with my son Jacob to the prom this spring.  We both have a Senior and a Kindergartener in the same school year.

Seth’s teacher gave him a bag of Lucky Charms cereal with a note on it that said, “I’m lucky to be your teacher”.  She also gave him a paper book to read before bedtime.  It was tied with a ribbon, and was a story about being too excited to sleep.  There was a small baggie of confetti taped inside with the promise that if he sprinkled it under his pillow he would fall right to sleep.  It also said that Teacher would do the same thing, because she was so excited, too.  It was precious, I was putting his clothes out as Rich read it to him last night.

Right away this morning the dog was sad.  He knew just what was happening.   His boys and girl were going to school and he would be stuck home all day with MOM! 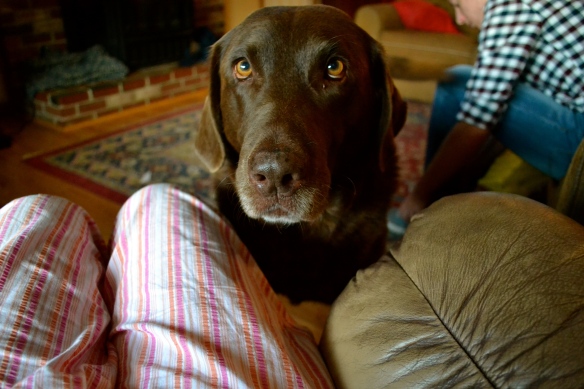 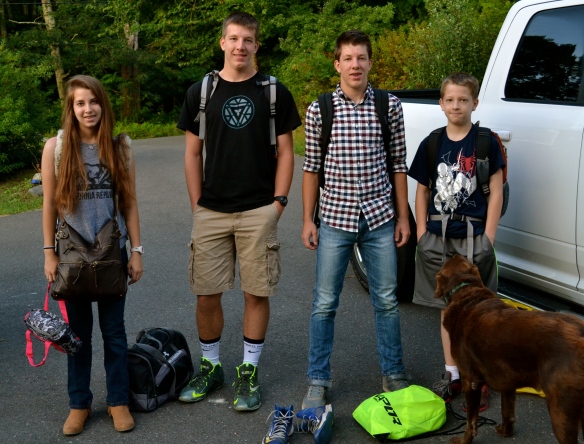 Another change for us is that our DAVY is a middle schooler and is now riding the early bus with the big kids.

Grace is a sophomore, Jacob is a senior, and Ethan is a junior.

I just sat here smiling over this picture for a while.  I love how Jacob is wearing casual and Ethan is more dressy….and Grace is wearing Emily’s shirt with her new ankle boots from Target that I bought her last week.  From what Grace told me, Emily is wearing one of Grace’s shirts today, they had it all planned out.  (Emily is Jacob’s girlfriend).

Time for Caleb to get on his bus and travel to 4th grade!

And then it was time for Seth to wait for the bus.  He had a couple of wet spots on his shirt from brushing his teeth, but he loves this shirt, he mentioned it several times…..he calls it his soccer ball shirt.  When Rich woke him up this morning he said, “But I’m still tired!”  He had a hard time eating breakfast, he’s not the type that’s hungry first thing in the morning.  He got down part of a bagel and a bunch of grapes. 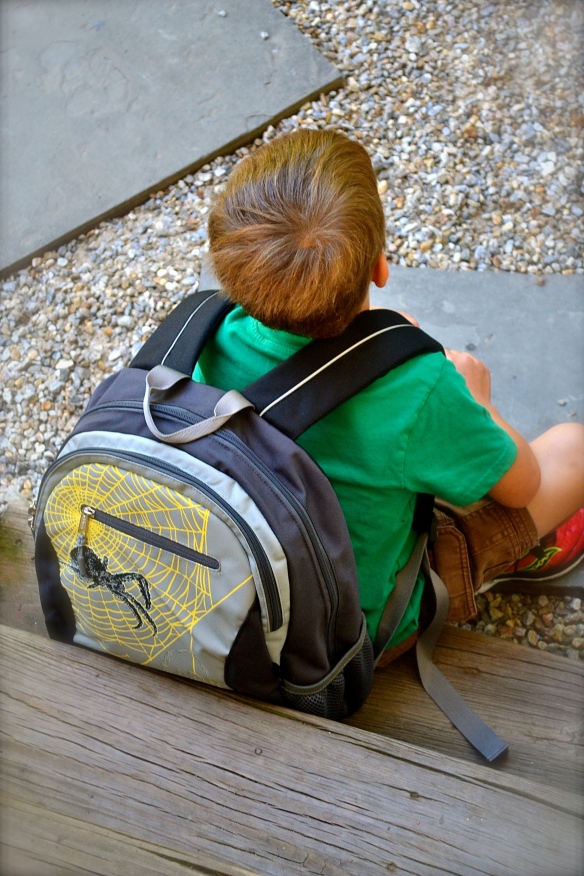 He made his own lunch and then I slipped in an extra bag of chips.

He took a blanket for rest time.

He has gym today.

I CAN’T STAND IT!

With his sister and Billy-cat.

Sarah thought she heard the bus.

He finally gets to actually get on the bus!

What a bizarre feeling to watch your child ride away for the first time, part of me was thinking that it just wasn’t right—he was too little!

When I told Sarah the children were going to school today she said, “Now you and I can go to SHOPS!”

7 thoughts on “exciting day for the children”