One of my old blogging friends from xanga (where I used to blog) reminded me of the songs I used to play on my site.  I haven’t figured out how to have music automatically play on wordpress yet, but here is one of my favorites….if you play the video you can listen to the song as you look at the little moments from life in the last few days from behind the phone (handy dandy camera that it is).  I’m so thankful for an easy way to take pictures of things that make me smile, in the midst of daily living.  In many ways, they are my favorite sort of pictures.

Seth discovered a genius way to eat celery.  A line of whipped cream! 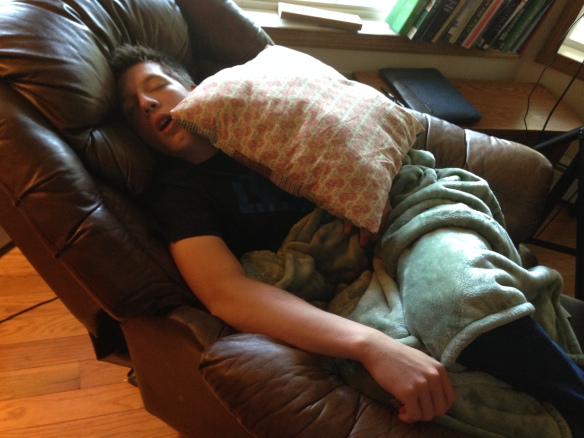 Jacob usually takes a long afternoon nap in the living room.  These teenage boys get so tired (by staying up late and powering through the day) in the typical way of this age group.

On Saturday morning, Grace played her Dad a song on the iPad.  She was reminded of it while she listened to his Bible study Friday night.

Michael took this picture of my whole family, plus Jimmy, on our first trip to the ice cream place of the season.  I love Rich’s natural smile in this one.

David loves Calvin and Hobbes comics and thought he would like to try sewing himself a “Hobbes” stuffed animal.  He had this shirt in mind, and I told him he could use it.  (stay tuned for the finished project!)  I see and tuck away all of David’s continuous creativity, in my heart, he’s a great kid.

Stopping to smell the roses outside the dentist office.

I took a screen shot of one of my favorite quotes, it describes my *needs*  to a “T”.  I sent it to Rich and he said as much, and asked if we could print it and hang it in the house. 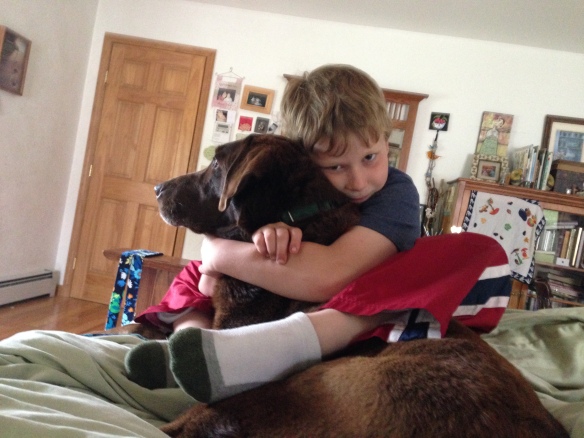 I took this picture at the same time David was coming in and out of the room talking about his “Hobbes” sewing project.   Parker had the rare, rare, very rare opportunity to jump up on my bed.  Caleb loves his puppy. 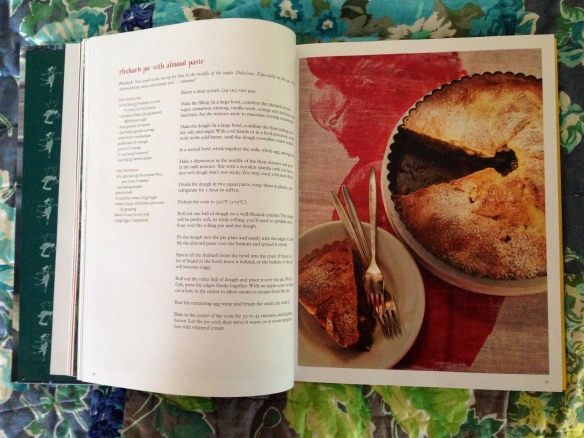 Joanna gave me this “Homemade Summer” cookbook and I sent her this picture to show her the first recipe I was about to attempt in it.  “Rhubarb pie with Almond Paste”, wow that title just made me laugh.  It doesn’t SOUND good, but it sure tasted good (pie post to come eventually).

It was one of those evenings when we retreated to the car during a rain shower at a little league game.  We took this “selfie” for Daddy. 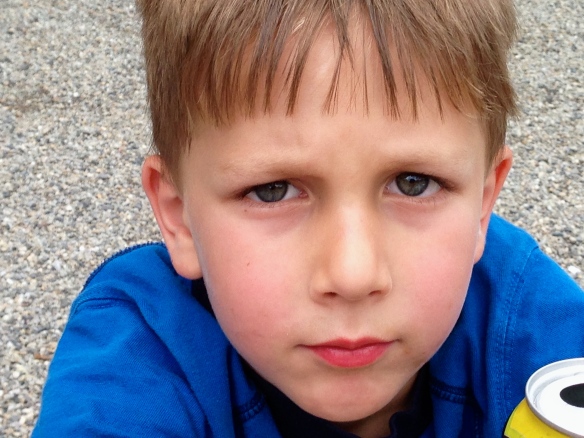 This was Seth’s face across from the picnic table last night at the game (games or practice– every.single.night.  That’s my life right now.) 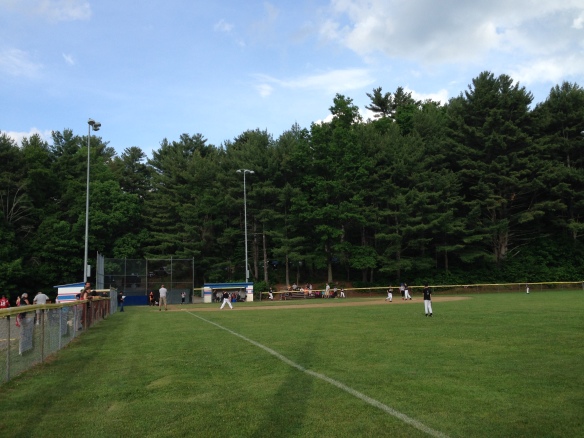 David’s game last night, they won.  By the time we got home it was raining so so hard, we all came in the house wet.  It’s the time of year for late afternoon showers.

Isn’t Sarah funny?  She has changed so much in the last few months, now talking to all the other little kids at the playground without being shy.  In fact, I was highly amused by her “daring tricks” on the monkey bars (hanging upside down) and by her saying to other little kids, “You can’t DO THISSSSSS!” in a very proud way.  I had to talk to her several times about it.  Guess who got a blister on her tender little palm and cried and shook over it?  Yes, the brave monkey bar climber herself.

I leave you with the song that Grace played for Rich.  The words are a comfort to anyone, anywhere.  Have a blessed day, my friends.