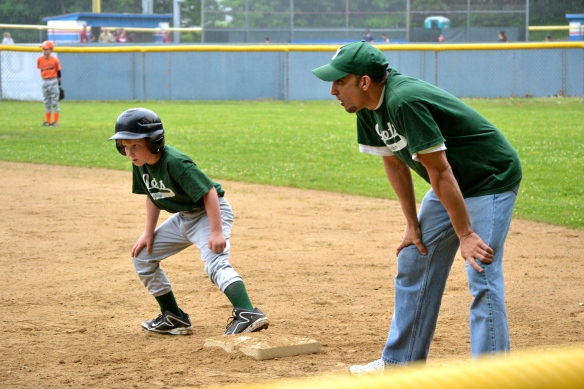 I see a Caleb.

In just a few short baseball seasons, he went from Caleb the Clueless, to Caleb the Catcher.  He’s turned into a legitimate little leaguer!

In general, I’ve gotten over taking photos at ball games, because moments at the fields are as common place now as loading the dishwasher.  However, something possessed me to take the camera on Monday, and I got these great shots of Caleb the Catcher.

CATCHER!  To me, it seems a scary position to play.  Indeed, I’ve heard errant bats hit my Caleb several times, but he’s always fine (doesn’t seem to faze him at all).  He’s got the gift.

There is this other kid on the team who wants to be catcher, too, and Caleb doesn’t say a word.  He just goes out to right field and waits until the next “at field”, when the other kid all too predictably relinquishes the position back to Caleb…………. 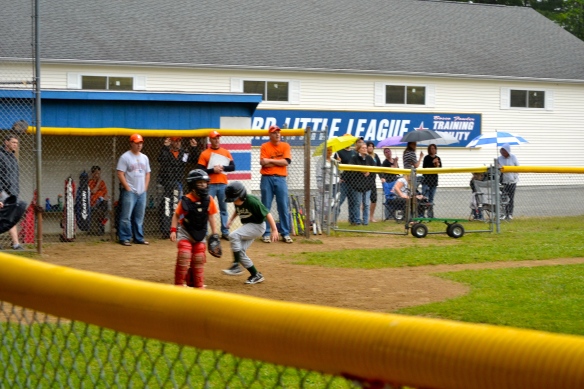 Here is Caleb, coming in to home plate.  Have I mentioned, he’s a good hitter, too?  His technique is to smash hit the first pitch that comes in (and I usually miss  it, he’s that quick).  He has a job to do for the team and he’s gonna do it, by golly.

He got the run in and now he stands in the dugout and shouts words of encouragement to his team mates (he really does!, he’s an awesome boy, sweet, sweet, sweet).

Then, after the three outs, he comes out and lets his attendants dress him in the catcher’s costume (it’s so cool–is that why he likes to be catcher?) 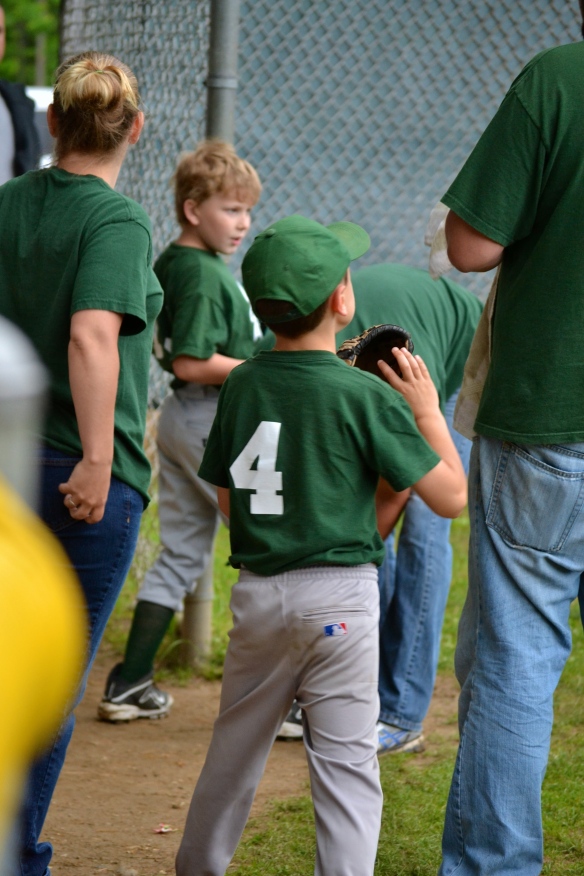 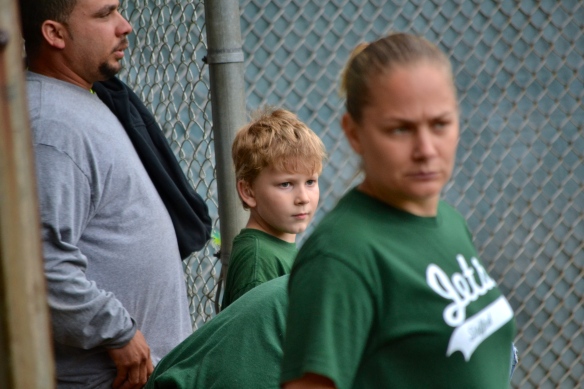 He isn’t impressed at all by what’s happening to his legs (coach is fussing and buckling him into the pads), he keeps an eye on the competition. 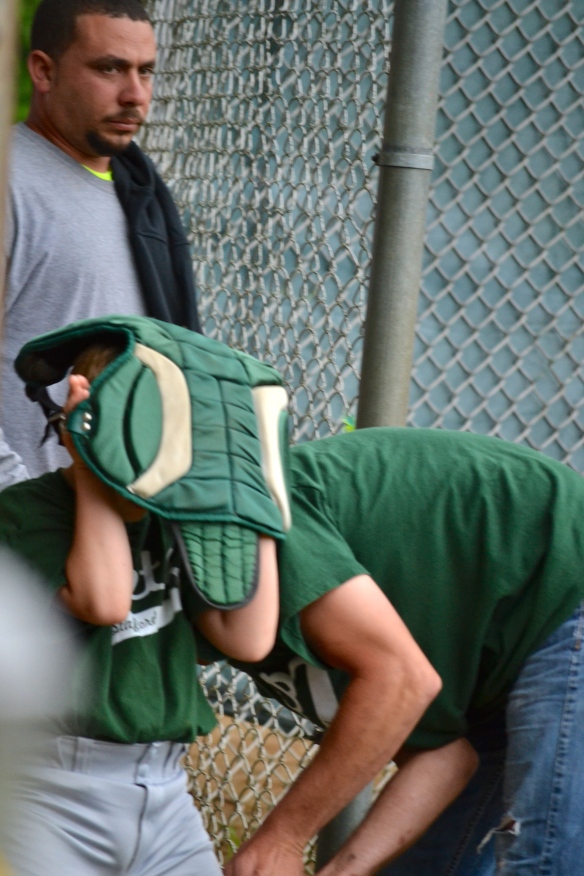 To me, the funniest thing about the process is the way he keeps reaching and leaning to get the rest of his pads as the coach continues to deal with the legs. 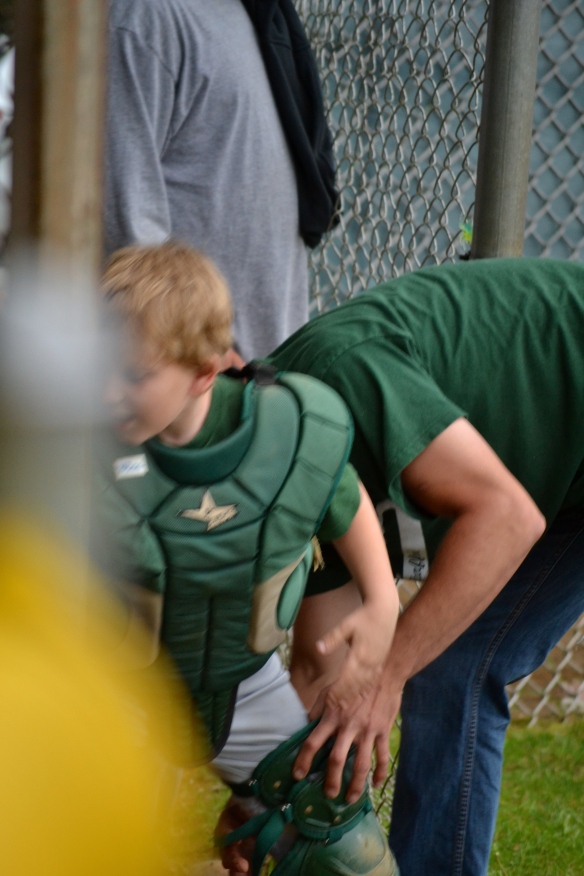 You can almost hear the coaches thoughts, “will the kid hold still already?!?” 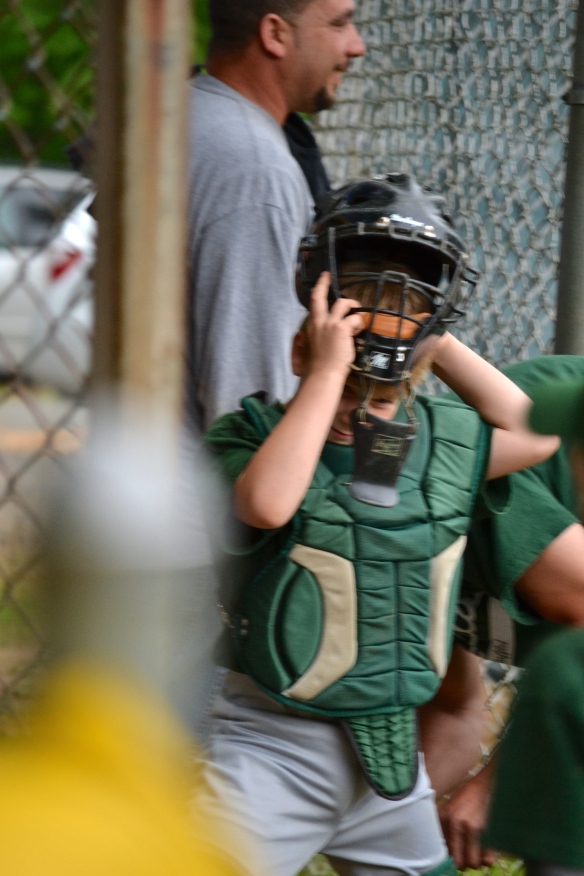 He’s putting on the face mask. 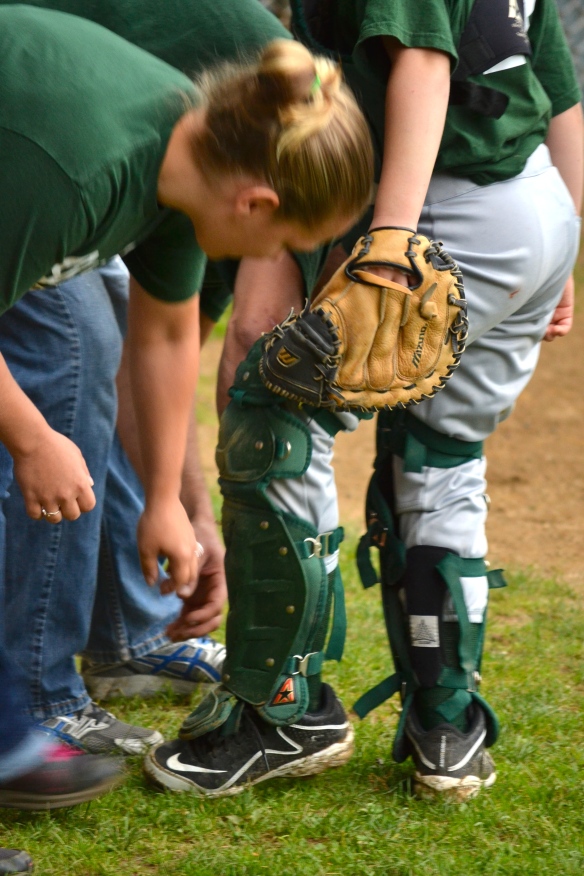 While yet another coach deals with the everlasting leg pads. 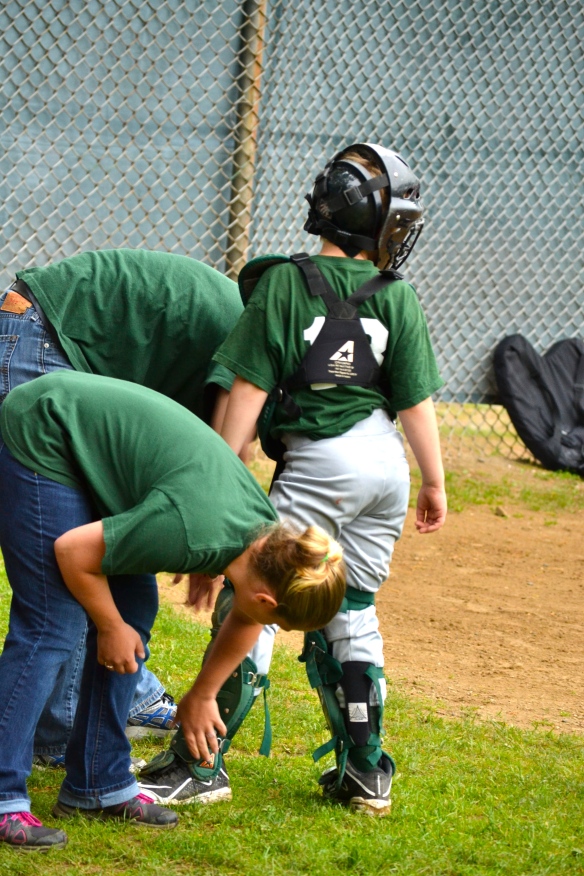 You can almost hear Caleb’s thoughts, “will they be done before Christmas?!?!” 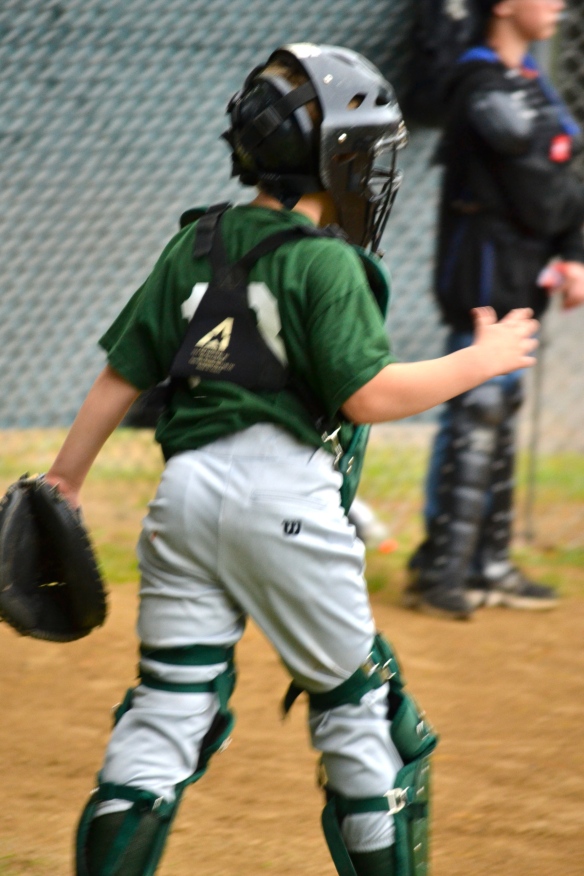 Coach gives him a hit on the top of the helmet and off he goes. 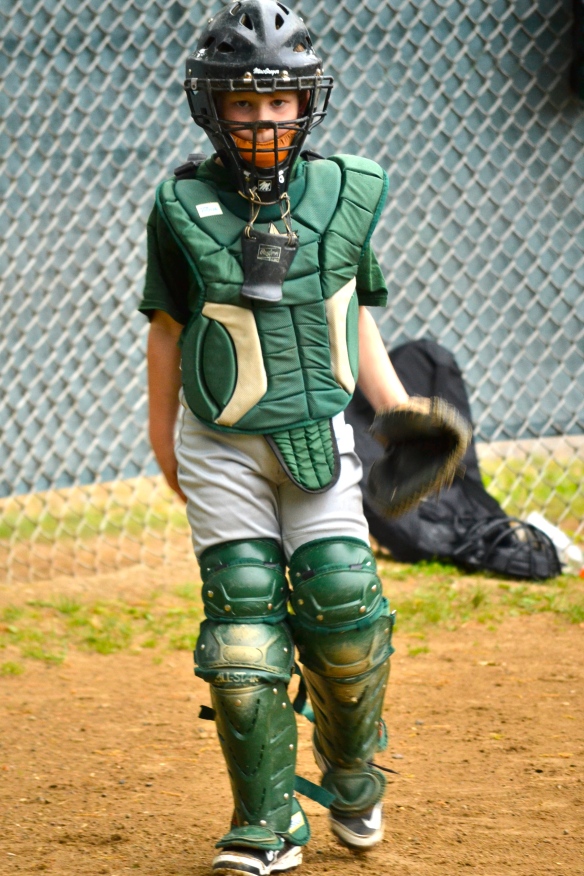 He realizes Moms got the camera on him. 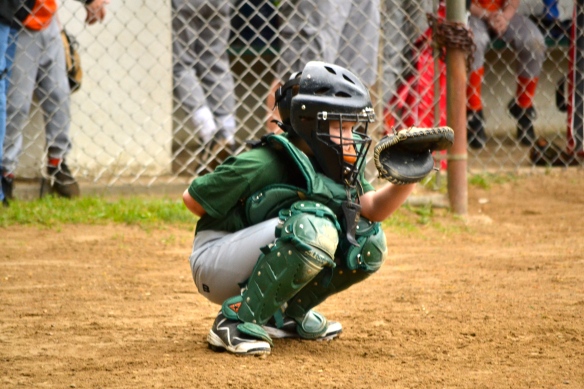 So he gets into the classic caleb-catcher pose.

Caleb wants you to know they won and are currently in 2nd place.  There is another game tonight!

I have some more news about Caleb.  In all his rough and tumble adventures in life, this boy’s legs (in spite of all the protection during ball games) are covered in scrub marks, scratches, small cuts, bug bites, and bruises.  And now, because of me, he has a burn across his beautiful FACE.  First his legs, now his face (his comment).  I swear, I was all alone in the kitchen when I took dinner out of the top oven last night.  As soon as I turned around to put it on the island behind me, he was there. 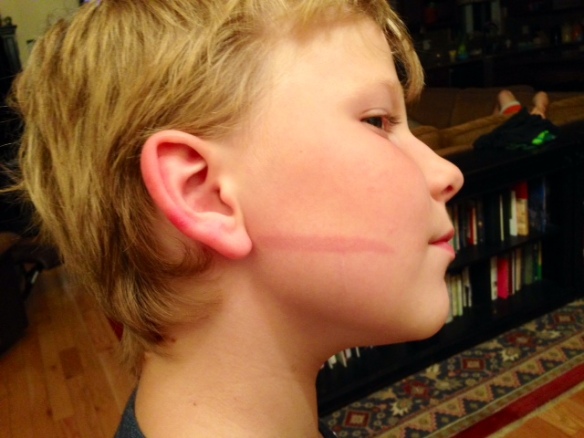 He looks like a boy that got whipped in the face with a 350 degree casserole.