Glorify the Lord with me
let us exalt His name together.  Psalms 34:3

(brother dave on vacation in jamaica)

Hello my friends!  We had such a good old ordinary weekend and I feel rested and recharged.  Hope you do, too.

I usually do a “this moment” post on Fridays but didn’t get around to it the other day so here is my picture:

Brother Dave surprised me with a card and a giftcard to Starbucks.  Thank you, my brother and friend, I love you!  I only wish I could go to the Starbucks WITH you.

Gracie took this picture of our almost full grown kittens, in the sock basket.  Poor Sammie (the black) got caught behind the oil tank on Friday night, the kids heard her yowling.  When Jacob tried to get her unstuck, she bit and scratched him so Rich had to do it.  She’s still limping around today.  Sherlock has to play by himself but they can still snuggle together.

So what are your plans for Thanksgiving?  We are having it here at our place with my parents, Amanda and Jason with their children, Nate and Melissa with theirs, a friend of Amanda’s, and brother Isaac.   I am going to make a big list today and get busy on organization……also, praying hard that the weather isn’t too bad for travel on that day.

I love Thanksgiving; giving thanks is a regular spiritual practice for believers, and it’s lovely to have a special day simply devoted to praising God and counting blessings.  It’s amazing how, in giving thanks, God fills up our souls with contentment.  Last night I took out some old homeschooling materials and did dictation/copy work with the boys.  Jacob said, “I want to do it, too!” so he joined in, even though he was already doing homework.  It was fun.

Seth (the four year old) was inspired by all the writing.

He told me to write, “Dear Grandma” on it, and he pointed his finger to where I was to write.

This was taken early Saturday morning.  I was sitting in the rocking chair all alone, when Caleb stumbled into the room.  He was still half asleep and wanted to be by me.  He tried to get in the chair with me but there was no room so he walked over to the other rocker, picked it up, and carried it all the way over to place it as close to me as possible.  It was just the most precious act of love from him (8 years old) that I asked Rich to take our photo.

Seth asked if he could sit over by Michael during church and I said “yes”.  Jacob was there, too.  Mike took this picture of him during the prayer before offering……he wasn’t as angelic for the entire service, however.  He’s a Seth. 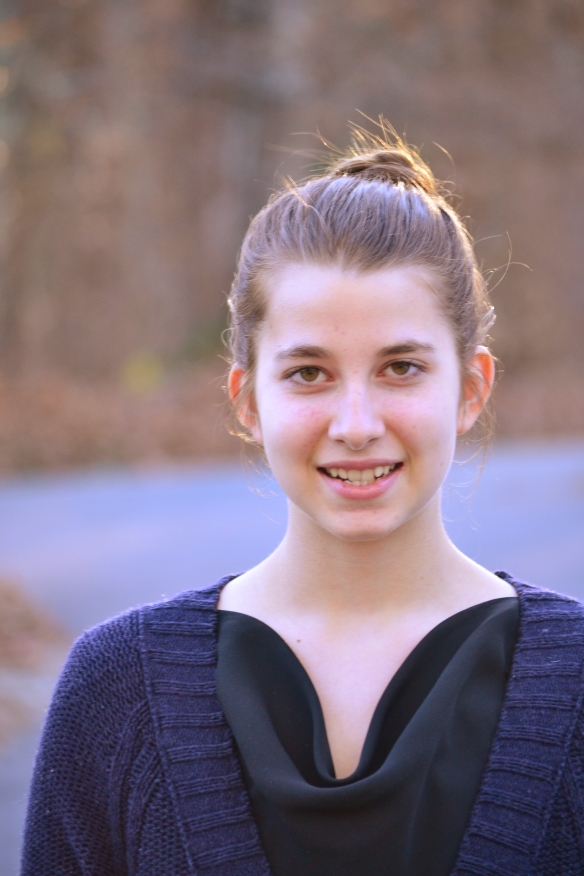 Grace was going to sing in her school chorus at a church in town yesterday.  I took her early to practice, it was so very cold and windy that the town lost power and I had to go right back down to get her, the service had been cancelled.  We never lost power at our house, though, it was cozy and warm and Rich ordered a pizza for dinner.  These are the days of party sized pizzas that get entirely eaten by seven healthy , growing children with big appetites.

I put on winter garb this morning to tend to the hens.

The sun was coming up, shining on the now icy ponds.

Ice in the stream, the air was icy cold, too.  I took this photo with red and stiffening fingers.

Inside the house, Sherlock found the sunshine.

Cats are the best.

Every good and perfect gift
is from above,
coming down from the Father of the heavenly lights,
who does not change
like shifting shadows.  James 1:17

So then, just as you received Christ Jesus as Lord,
continue to live in Him,
rooted and built up in Him,
strengthened in the faith as you were taught,
and overflowing with thankfulness.  Colossians 2:6-7

Perhaps when he’s a man, he can grow some on his chin like Uncle Dave!

7 thoughts on “and overflowing with thankfulness”