Because it’s fun, that’s why!

My son Ethan and I are both very interested in wild food.  The two of us have been checking out books from the library for about a year now.  You might say we are “foraging” for information about foraging.

We don’t have plans to make entire meals out of wild edibles.  For now, our goal is to simply taste things to see if we think they are worth eating more of.

I recently found an interesting book at the library.  Stalking the Wild Asparagus was written in 1962, by the late Euell Gibbons.  295 pages are devoted to Mr. Gibbon’s charming and fascinating identifications and observations on “natural health foods that grow all around us.”  He describes how to gather and prepare each food.  For someone who is interested in the subject, it is impossible not to be inspired by his encouragement to get out and try some of this food.

From the back of the book:  “Euell Gibbons once reached through the fence that surrounds the White House and harvested four edible weeds from the President’s garden.  Gibbons has found light but satisfying snacks in concrete flower tubs in the mall at Rockefeller Center, and he once bagged fifteen wild foods in a vacant lot in Chicago.  Foraging in Central Park, he collected materials for a three-course dinner, which he prepared and ate in a friend’s apartment on East Eighty-second Street.”  John McPhee

Fascinating, don’t you think?  (By the way, his MOTHER taught him to forage.  He dedicated his book to her.)

So that’s a little background information about why Ethan, Jacob, and I ate wild Day Lily tubers last week.

First, we dug up a single day lily, which was a four inch tall baby shoot.  As you can see, the clump of roots underneath was large and contained a mass of little tubers: 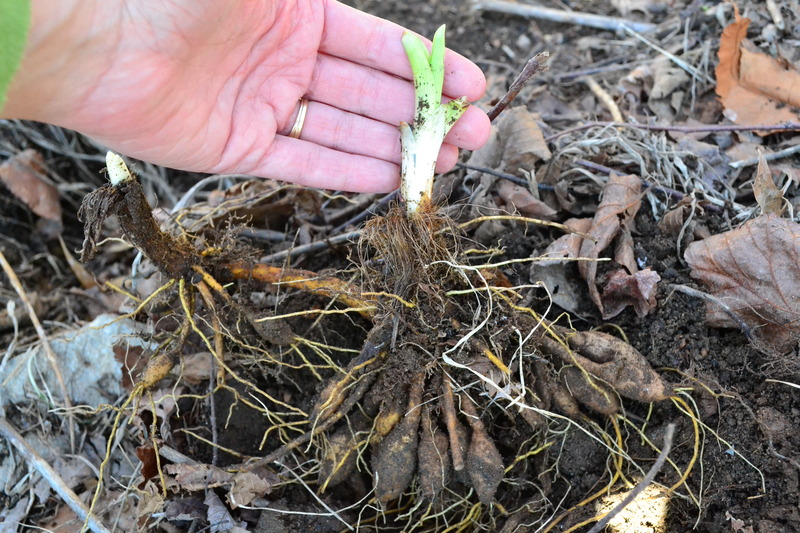 After Ethan washed them off in the stream, they looked like this: 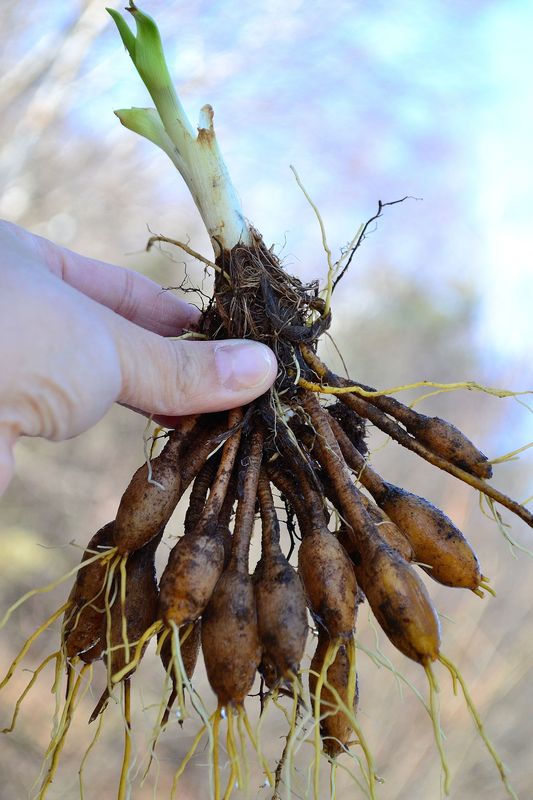 We took them into the house and scrubbed them until they were nice and clean.  After we trimmed them, we had handful of little tubers. 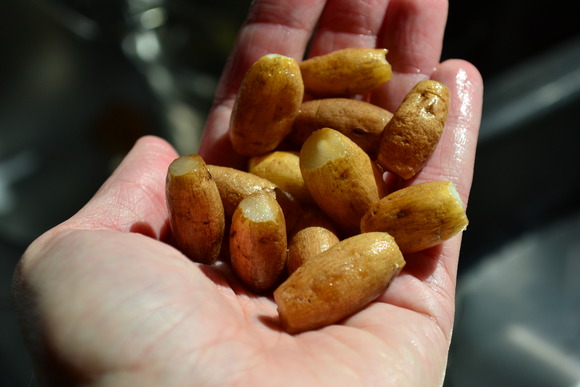 The three of us each ate one raw.  They were crunchy and similar to a potato.

Then, we boiled the tubers, changing the water one time, until they were soft. 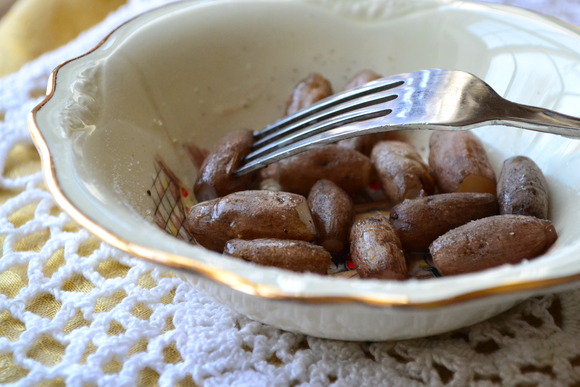 The cooked tubers “were most disgusting” said Jacob and Ethan.  I personally could only eat one.  They had a strange, gas-like aftertaste.  Now, I admit I cannot base my opinion on just one experience.  So, I plan on trying day lily tubers again.  Perhaps we harvested them too early.  Or perhaps there had been a gas spill on the clump we harvested.  I also noted that I did not salt the boiling water, like the book told me to.  Maybe that would help their flavor next time.

Day lily buds and blossoms can also be eaten, so we plan on trying those this summer.

Other things we plan on trying:  acorns, dandelion, burdocks, elderberries, cattails, wild grapes (if we can reach them), milkweed, hickory nuts, and frog legs.  (Just kidding on the frog legs, we do have an abundance of big frogs in our ponds but I’m not sure I could kill them…..

……or eat their legs).  If we can identify any other wild plants, we’ll try those too but these are the ones I know we have on our property.

0 thoughts on “why, WHY eat wild edibles?”