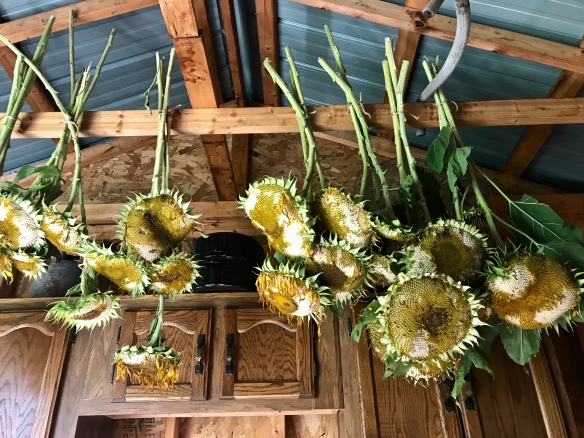 sunflowers in the tool shed

On Sunday morning, Rich and I and the kids plus Brittnee (basically we have eight kids now) met brother Dave at the Crackerbarrel, where he had already requested a table for eleven.  Crackerbarrel does a great job handling large families and oftentimes (including this one) gives us two waitresses, one for each side of the table.  The kids had big mugs of hot chocolate with whipped cream and in no time at all we were eating a most enjoyable breakfast.  I had an egg sandwich with eggs, tomato, mayonnaise, and their sourdough toast, with a side of fresh fruit and some bacon.

When it was time to leave, we all went to Mom and Dad’s house and I rode in the car with Dave so we could continue our visit together and stop by Uncle Brian’s to give him a and Aunt Carol a quick hug.  Rich and Jacob followed soon afterwords in their cars.  Mom and Dad and sister Amanda, who was also visiting that weekend, were waiting for us at home.  I think we might have overwhelmed them a little (especially Aunt Amanda) with energy and noise.  Dad has a drum set and Caleb, who was so excited to play for Grandpa, got right on it to show off a little, but soon was told to stop.  David, Grace, and Ethan took turns on Grandpa’s keyboard, too.  So amongst talk and laughter there was the background music of amateurs.  Dad played foozeball with the boys. 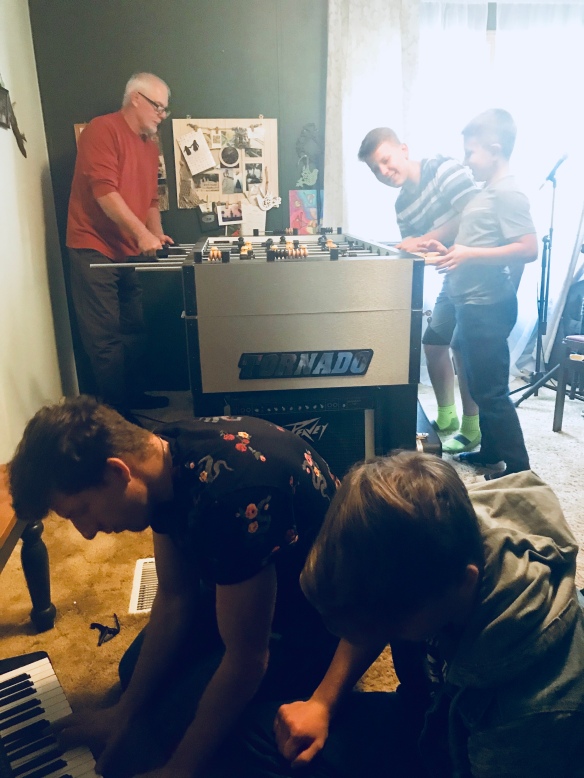 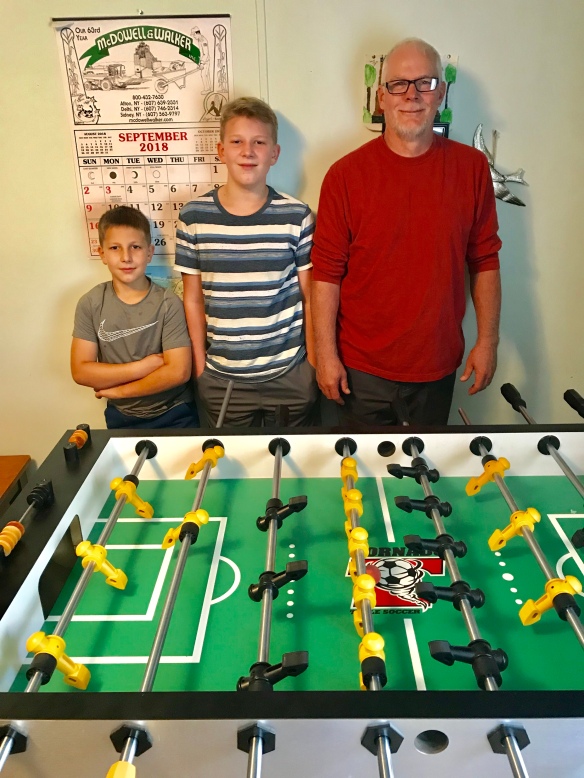 Jacob had a couple of shirts with him that had torn on the seams and I had told him I would mend them at Grandma’s house but Grandma did it instead.  She has her sewing machine kept out, ready to use, at all times.  How convenient!  By the time she was done, the shirts were as good as new, you couldn’t even tell they had been ripped in the first place.  Thank you, Grandma!

Mom was bright and happy and said several times, “My heart is full!”  We told her we wouldn’t need any lunch because we knew Crackerbarrel food would keep us full for half the day at least, so she had a nice set up on the counter with her homemade pickles, freshly baked chocolate chip cookies, cheese and crackers, and other snack foods.

(Mom makes enough dill pickles to last the whole year, using a family recipe and her own garden cucumbers, garlic, and dill.) 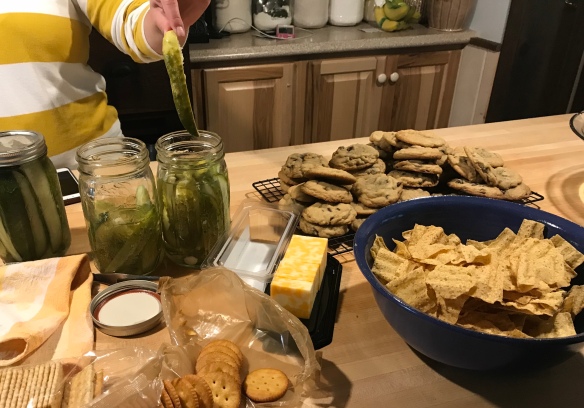 We went outside to see the garden.

We met Dave and Sarah walking around on the lawn, looking at things and talking.  Sarah was so happy.  She spent most of the time at both her grandparents’ houses this weekend, outside.  She loves exploring.  I was thankful Uncle Dave stayed with her to keep track of her.  The lawn was so wet that they wore muck boots.  Sarah had grandma’s boots on!  We thought she was so cute and funny.  Poor Uncle Dave, his boots had a hole in them.

Mom and Dad’s vegetable garden is surrounded by a homemade rustic fence and flowers. 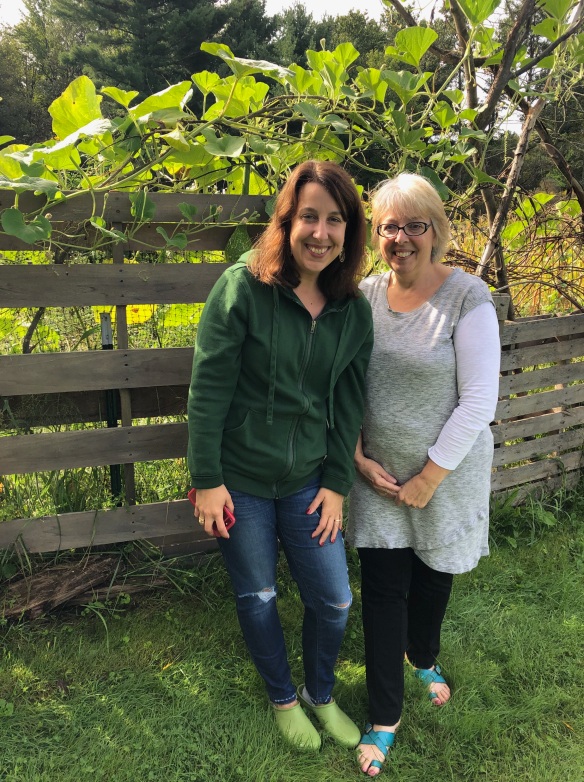 thank you for the photo, amanda!

They use chicken fencing, pallets, and suitable sticks woven throughout, to try to keep out deer, who love to eat garden foods, too.  This side of the garden had beautiful gourds ripening.

Uncle Dave and Sarah went across the road to the blueberry patch and when they came back, we noticed that they had swapped boots….why?….because Sarah was trying to be helpful about the hole in her uncle’s boots and suggeste that he take her boot.  She wasn’t wearing socks so it didn’t matter to her if there was a leak.  I took the picture as she was telling the story.

We went for a walk down the road.  What a beautiful morning!  We could hear birds and chipmunks and saw some orange salamanders in the road, too.

Soon it was time to leave and go to little Greg’s football game and meet baby Morgan.

Thanks, mom and dad, for a lovely visit!

“Those blessings are sweetest
that are won with prayer
and worn with thanks.”
Thomas Goodwin

2 thoughts on “up on the hill”