American Goldfinch; in the trees at the dam by the stream 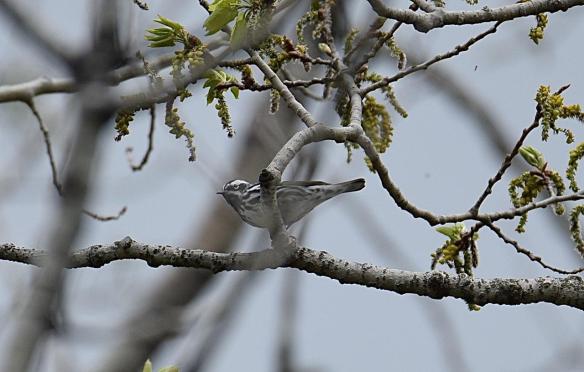 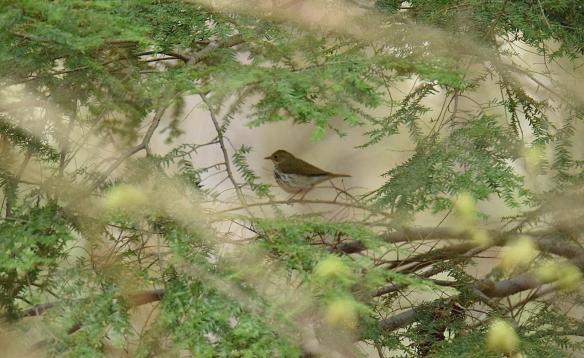 Ovenbird; in the woods (next pic shows the stripes on the top): 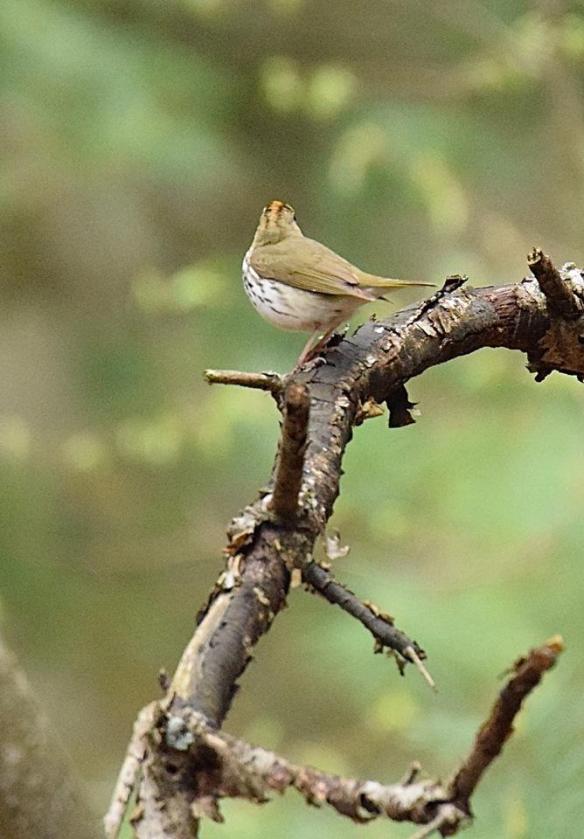 Tufted Titmouse; tree by my house 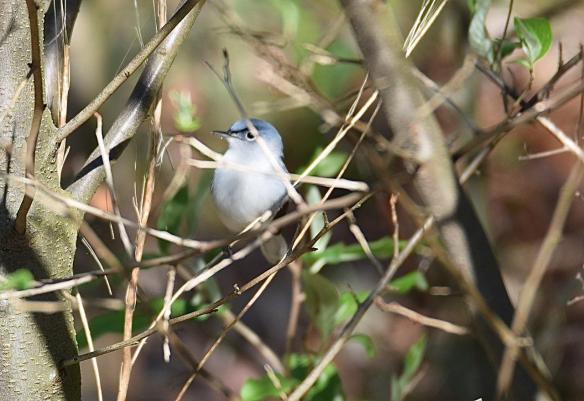 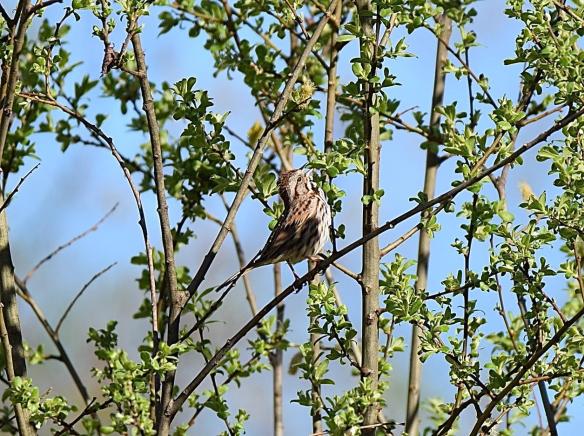 Sparrow; very common, however I loved him because he threw and stiffened his whole body into his singing.

It takes a powerful amount of energy to be a song bird.

This bird was in the woods this morning, I identified it as a Veery using the Merlin ID app on my phone.

Chipmunk frozen in fear in the woods because he saw me.

Warbling Vireo; bushes on the edge of the field

(not positive about the identification)

Catbird; I love the way they sing

This unidentified hawk (?) made several passes over us all (myself and the little birds) which put a damper on things because he (I’m sure) likes eating little birds.  But maybe he was looking for mice? 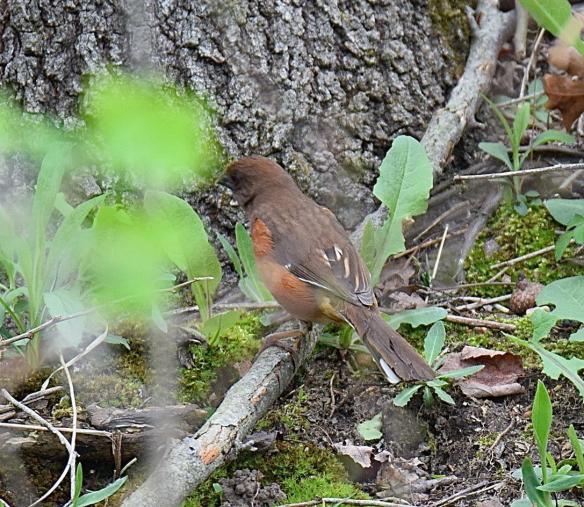 I think this is a Female Eastern Towhee but it was difficult to get a photo.  It was on the ground the whole time, scratching into the leaves finding food.  As soon as I found it in the camera frame it would hop out of it again.  The bird book shows a female looking like this with a white breast (which this one may have but I couldn’t see it).  A male Towhee was singing up in the branches which also led me to believe it was it’s mate. 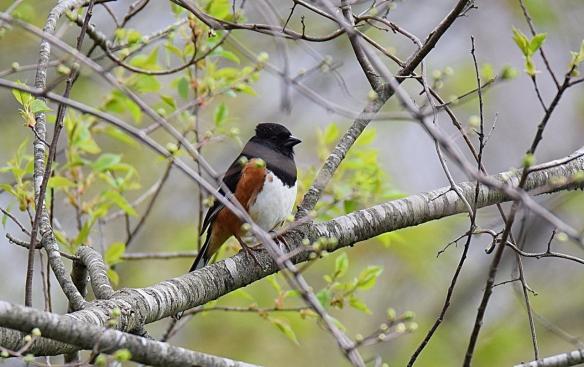 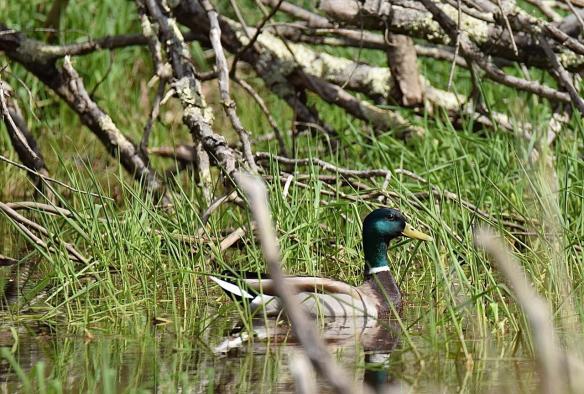 Mallard Duck; I sat on a boulder with him in the distance but close enough that I could still hear him quacking now and then.  Very companionable. 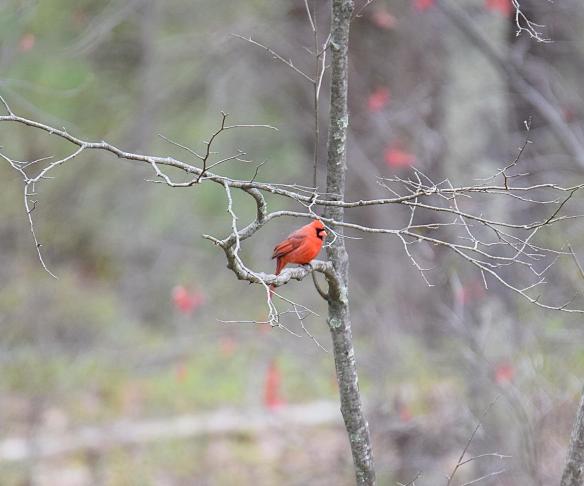 Cardinal; isn’t it pretty with all the gray background and spots of red buds?

The gypsy moth egg casings are hatching out which means that there are tiny caterpillars EVERYWHERE, it’s rather like a plague.  It’s a nature phenomena that I have never seen before in the 10 years we’ve lived here.  WAY too many.  So I’m hoping that all the birds (and chipmunk) photographed in this blog post like to eat them.

I brought home a branch of apple blossoms and put them in a blue vase by the sink.  I picked some white and purple violets, too.

4 thoughts on “birds and blooms”