Rich wanted to take us to Pinkberry at the mall on Monday evening (the kids had no school again on Tuesday so we could stay out late).  Sarah and I didn’t want anything from Pinkberry (she said it was *too cold*, and I had already had ice cream at home-twice).

A few weeks previously, I had unfortunately and unwisely mentioned to Sarah as I zipped up her too-small winter coat from last year, that I was going to get her a new one.  I say that was unwise of me because she promptly held on to that information and never let go, bringing it up in conversation as much as possible.

Since we were at the mall and didn’t want Pinkberry, we decided to search for the winter coat.

It had to be just right.

The first one she tried on had way too many buttons.  I almost lost my sanity just buttoning it up for the photo.  It was very well made and pretty, though.  (Jessica Simpson girls Peacoat, at Lord and Taylor).

I don’t remember who made this one but it was a definite “no”, although the zipper was nice. 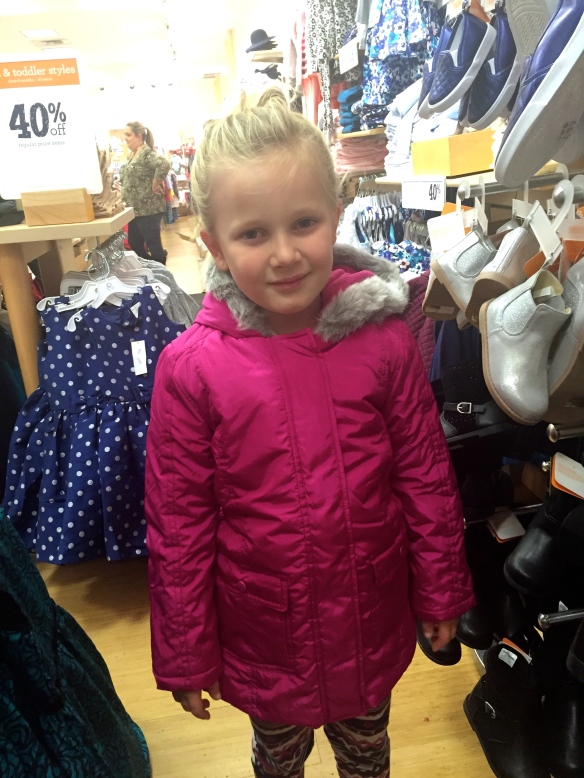 I loved this one from Gymboree, but Sarah immediately deemed it “too hot”.  She could not wait to take it off, which is quite the opposite of what we were looking for in winter wear.

It was a very nice coat, though.  Perfect, really.  Unless you have a child who easily gets too hot. 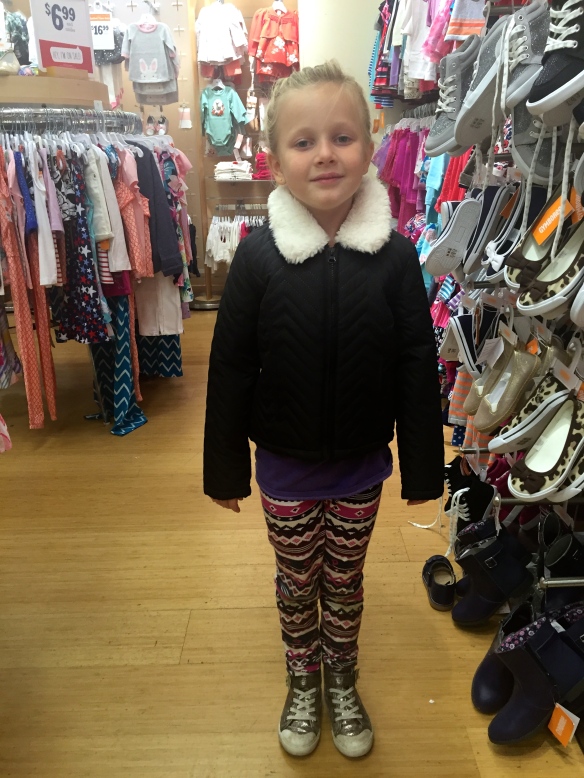 Then we tried a black jacket in a short length- also from Gymboree.  I liked it but she did not.  Then I got to thinking about the whiteness of the fur collar….and how annoying it would be to watch it get dingier and dingier as the year went on.  It was short, but a little too short.

A very lovely coat at Norstrom’s made by The North Face….the lining was super soft and it was reversible.  Too hot though.  I probably would have gone back to get this one if we hadn’t found The One later on in the shopping trip.

She tried on this super cute mini boden shirt. 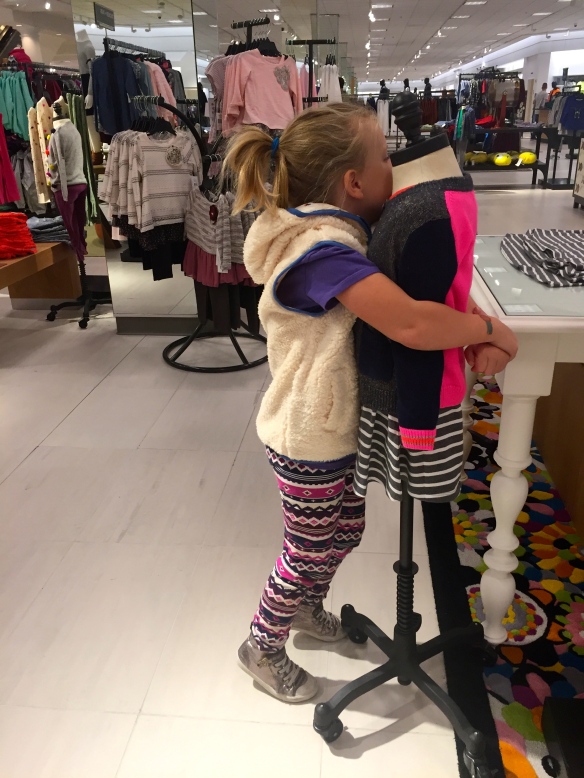 She hugged this headless mannequin several times.  They had an instant connection.

She tried on a vest…I loved it…so soft….she said it looked like a sheep…the lining was gorgeous!  However, it was not a coat.

This was my personal favorite, as Rich said later, “it looks like you, Shan”.  This is the coat I would have bought if I were shopping for myself and not a six year old.  From JCrew.

Hanna Andersson.  I LOVE their clothes, the quality is so good and their things are adorable.  It’s the kind of shop in which I want to buy everything in sight.  I fell in love with this coat instantly.  I’m not sure why she was sad in the photo. 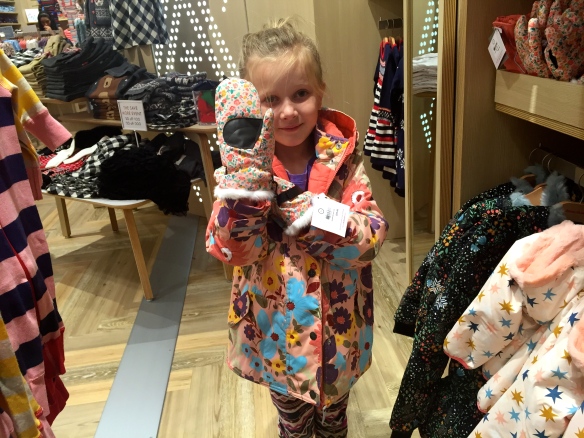 Same coat in peach…and adorable mittens.  Sarah got more thrills from accessories than the main purchase.  In fact, she walked out of this store with *a purse and gloves* AND a coat. 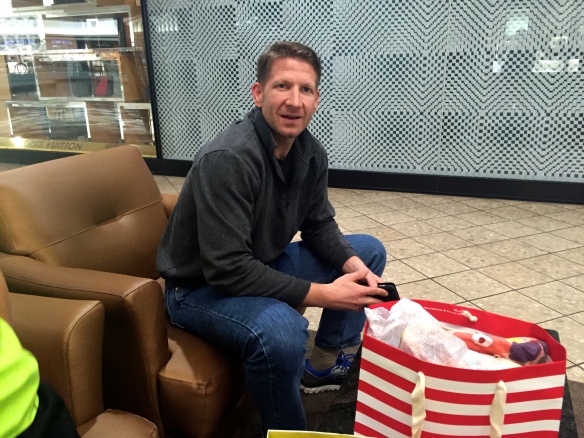 We were done and went to go find Rich and the others.  As we waited for Grace and her friend to show up, Rich was telling me a story.  I’m not sure what he was saying but I thought he was super handsome so took a photo….making him stop and ask “What are you doing?” in mid-conversation.

Seth was doing wrestling moves in his chair next to his Dad.  At one point his shoe went flying. 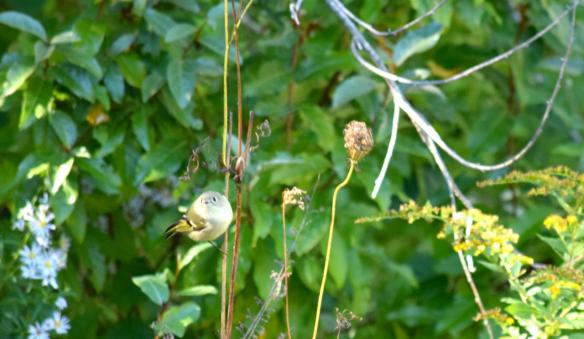 So what coat did we chose?  I took a little portrait of Sarah with my good camera yesterday, but first…some nature photos.  What a gorgeous fall day it was, and as I went down to the chicken coop I sighted a new-to-me bird.  After using my handy dandy app (Merlin Bird ID) I figured out it was this: 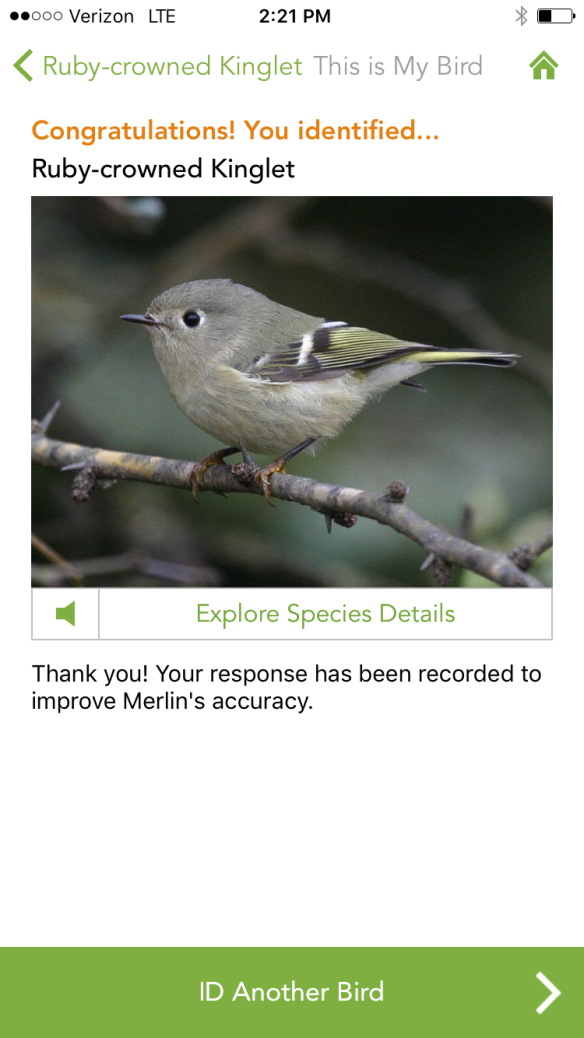 Isn’t it so cute?  There were about five of them in the same area of the lawn, busily eating lovely wildflowers which had gone to seed.

The design of it’s back feathers (wings) is so pretty.  And I love the touch of yellow.

I was on my stomach in the cool green grass as I watched them.

The hens are usually fenced in but I let them free range yesterday afternoon, which they obviously enjoyed.  It made me nervous the rest of the day for fear something would attack them.  We watched them well and they stayed safe and a had nice couple of hours scratching the ground and eating whatever they could find that looked tasty.

“Mom, come and see how I get on this all by myself!”

Chipmunk down by the stream….what a nice place to live; water, rock ledges, holes, acorns abundant, and tunnels, all so convenient. 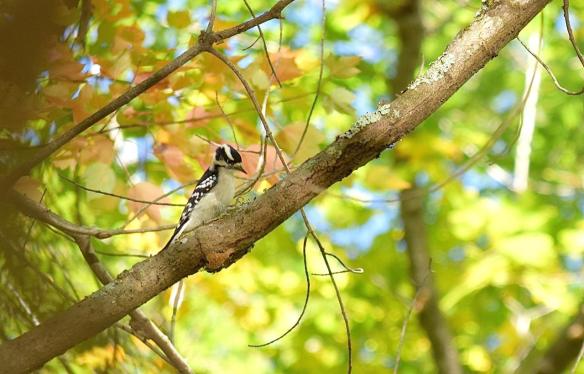 It’s a great time of year to go bird watching what with the beauty of the trees, good smells of autumn, and busy little birds trying to fill up their tummies. 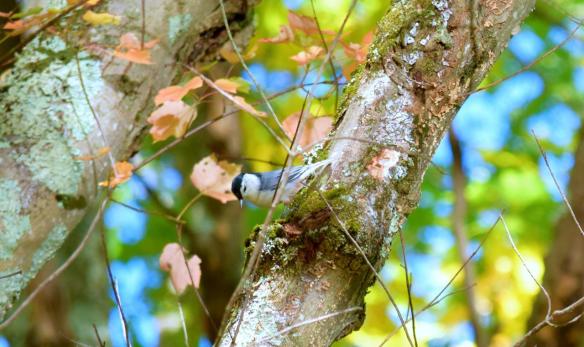 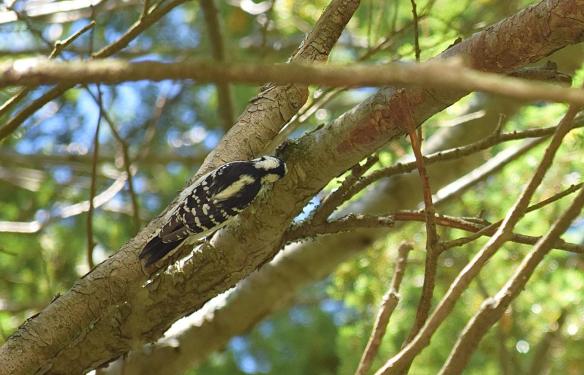 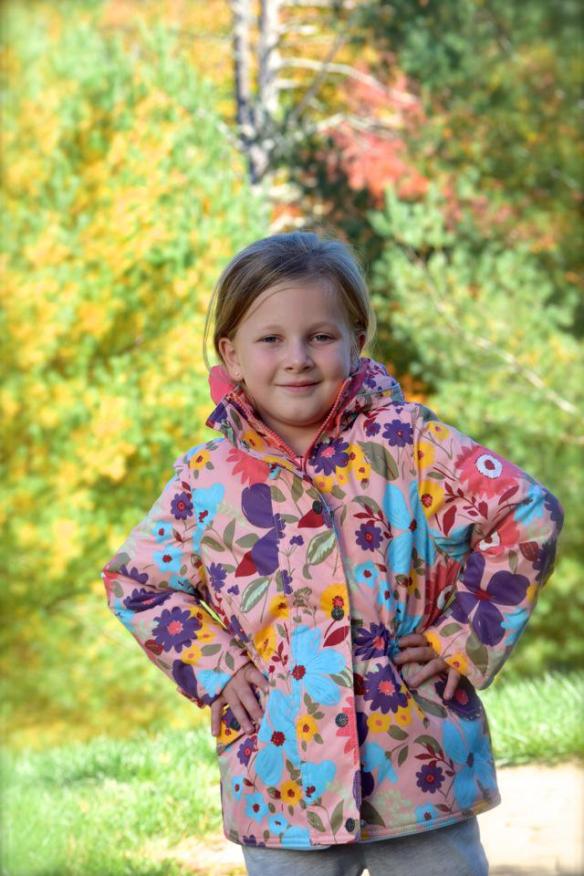 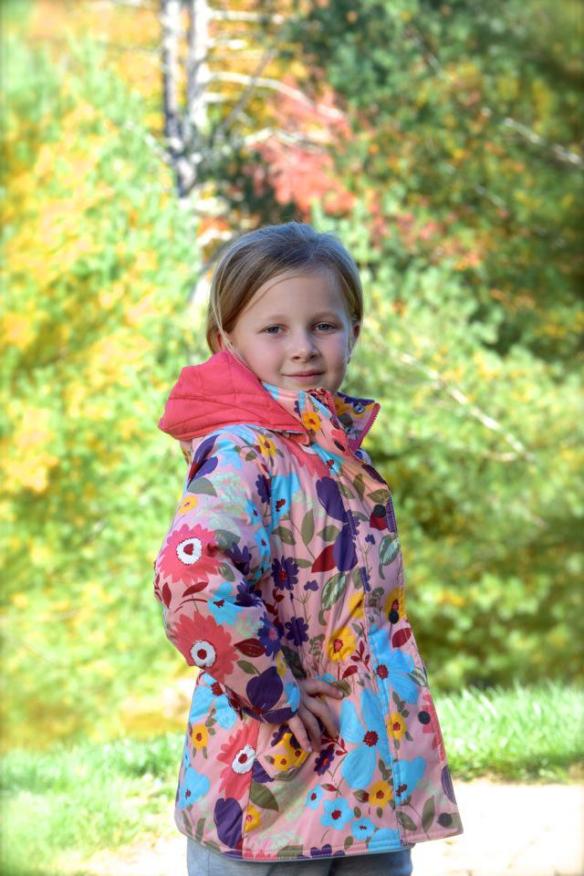 It is thick and warm for the upcoming winter months.  Inside the coat there are drawstrings to tighten the waist, and she selected adorable little gloves to match. 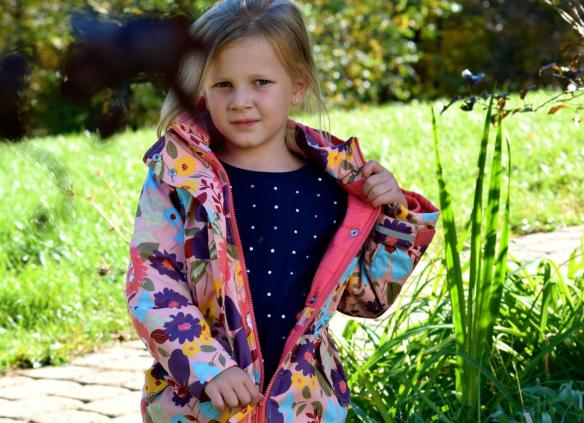 She couldn’t wait to take it off….goodbye coat, see you when the snow flies!

6 thoughts on “when the snow flies”