During this year’s spring cleaning itch, I completely organized all my sewing stuff into plastic containers with labels and everything.

DAVID is taking advantage of these newly organized things more than I am at this point.

If he has an idea, he follows through until it is a completed project.

(I need to learn this virtue.) 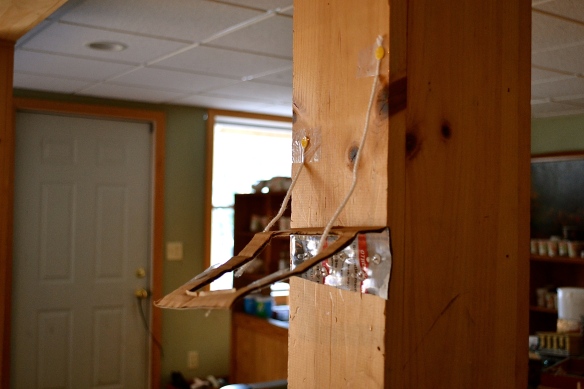 With his two little brothers stuck like glue to his side, he made a basketball hoop for the basement.

It is put into place with about seven tacks and also includes yarn, cardboard, and tape.

They were thrilled to tell me that it works great. 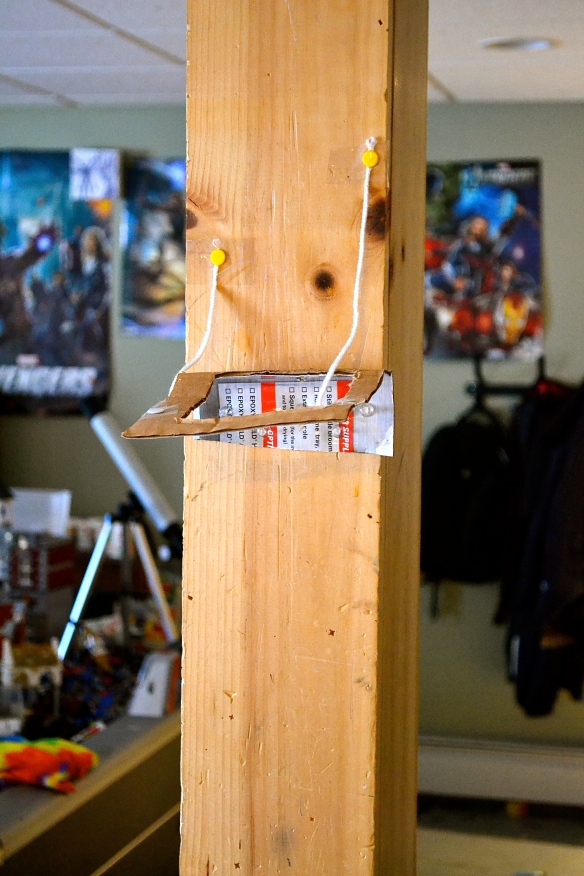 I didn’t see it until days later when I was downstairs collecting laundry and it stopped me in my tracks.

I got right up close to see the details, laughing with delight.

He even broke the heads off the longer tacks, for extra security.  This thing isn’t going anywhere. 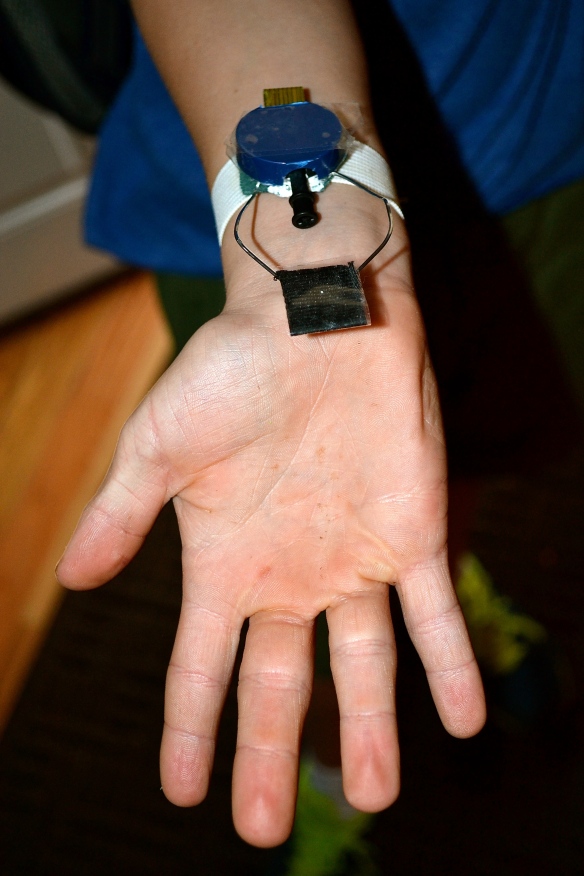 I found him rummaging in my sewing stuff again about a week later, needing velcro.

“How do you put this stuff on, can I use glue?”

“You need to sew it so it’s strong enough to pull apart.”

I left him to it, wondering what was coming next.

With a plastic cap, staples, elastic, velcro, paperclip, tape, and legos, you too can make a spiderweb shooter!

Yes, he is very fascinated with spiders now, thanks to watching the Spiderman movie.

He came off the bus yesterday with a big piece of yellow construction paper.

He had drawn a spider stencil on it of his own design.

He went downstairs, emptied Christmas stuff out of a long box, and tacked the paper to the bottom of the box.

Then, he took my seam ripper and lightly traced over and over each line, to cut each section (we don’t have an x acto knife).

When he was done, he had a stencil of his very own making.

Next, he came to me and asked if he could use his new Easter shirt to paint his stencil on.

I, of course, said “yes”.  There really was no other answer.

He ran off again to work and the next thing I knew, he was coming upstairs with his creation.

He wore it to school today.

When I was driving him to practice yesterday I was complimenting him on his inventions and creations and I asked him, “What will you be making next?”

He shook his head.  All my compliments had made him feel amazing.  “You’ll find out in the news.”