I gave her a gift before school, and made her a breakfast of fried eggs and homemade toasted bread. 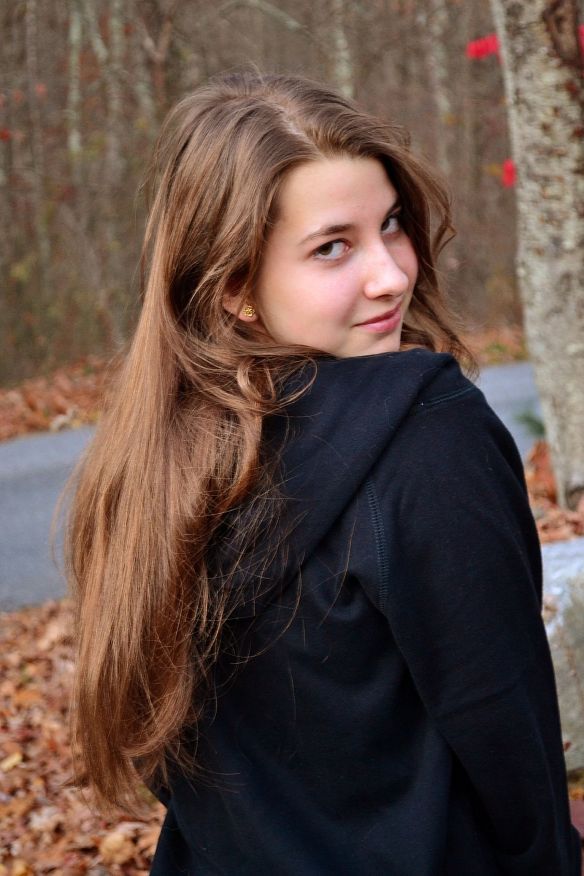 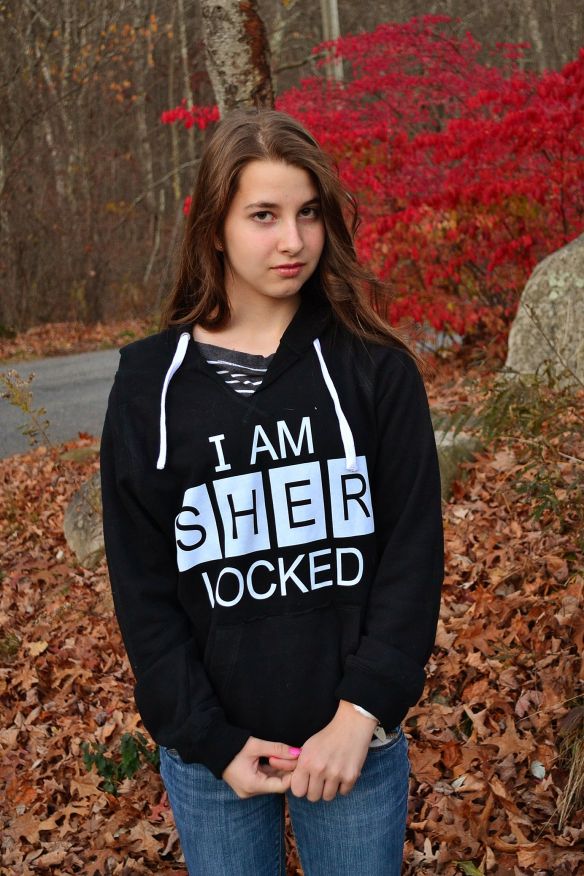 I gave her this sweatshirt, because she is a big Sherlock Holmes fan.

Grace and her best friend, Jenna. 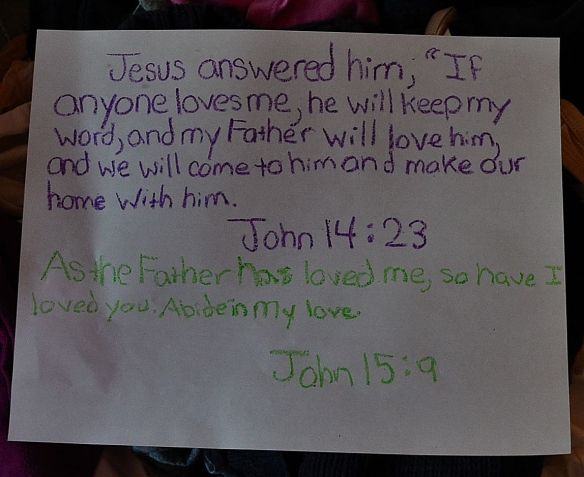 Grace colored with the little ones the other day; and copied out these verses.  (( love ))

Scissors and yarn make a good quiet activity for a four year old.  This kept him busy for about 15 minutes yesterday morning.  He cut little pieces and practiced tying knots.

After seeing the birthday girl, David, and Caleb, off to school, the preschoolers and I got ready to go to a brunch.  The brunch was held at Sandi’s house for all the core leaders in Community Bible Study.  We each took a dish to share.  The decorated table held chicken salad, zucchini muffins, Greek yogurt with berry sauce, pumpkin mousse served with ginger cookies and graham crackers, banana bread with chocolate chips, pumpkin muffins, and a fresh baked quiche.  With coffee and tea, it was a delightful meal.  We sat in the living room, chatted about the crazy things our kids have done, (which would come back to haunt me) and shared easy recipes.  Paula wrote all the recipes down, we have plans to make up our own cookbook of 2-5 ingredient recipes.  Seth and Sarah were supplied with toys and they had a great time exploring a place we had never visited before.  Seth had the best time with the automatic water and ice on the door of the fridge and he drank a LOT of water.  I left with a smile on my face and a bounce in my step, after getting to know the ladies better and sharing a good time.

One mile down the road Seth was absolutely desperate for a bathroom.  Thankfully we came across a McDonald’s and we ran in, the three of us together and holding hands; he made it!

Grace requested tacos for her birthday meal and I had to stop at Big Y.  By this time Seth needed another bathroom break and I took him down by the deli department to use the restroom.

On the way home from the store, Seth began sneezing and sneezing.  Next, his nose began to bleed.  It bled all the way home and I asked him, “Did you put something up there, Seth?”

(I found out later that “a long time ago” only meant “half an hour ago” but at the time I was thinking the worse; infection, mold, etc.)

I got home and spent some time with a flashlight, peering up my son’s tiny nostril.  There was nothing I could do.

I had him lay down and called the pediatrician.

To make a long story short (and, I might add, I was exhausted at this point=headache) I was advised to just go to the ER (we live near a small, quiet hospital that doesn’t get much action).  Caroline came over to help me with the other children.  Seth and I left for the ER where he was put right into a room.  The doctors were so nice to him but Seth hated the HurriCaine (the name!) numbing spray that they put up his nose and accidently sprayed in his eye and face.  We had to hold him down (he didn’t scream at all, just wriggled) as the doctor “went retrieving”.

Eventually, out came:  a deli ticket from the grocery store.

It was the doctor’s idea to take pictures.  He even told me to get in the picture while Seth tried on the cool flashlight helmet. You see my strained smile.  He gave me the deli ticket to put in my scrapbook.  (HOW did he know?LOL)  Seth was given an orange popsicle, and a dancing Snoopy.  Really, he was treated so kindly that I’m afraid he will want to go back soon.

After that two hour adventure, I got home in time to start dinner, say goodbye to Caroline and then load the kids back up to go get Grace from school.

OH, I also dropped the jar of special cheesy taco sauce out the back of the vehicle.  I get to clean up cheese glass today!

We came home and ate tacos and had an ice cream cake.

Today is another bright day, and I’m drinking a lot of chamomile tea to soothe my nerves.

19 thoughts on “all on a birthday”