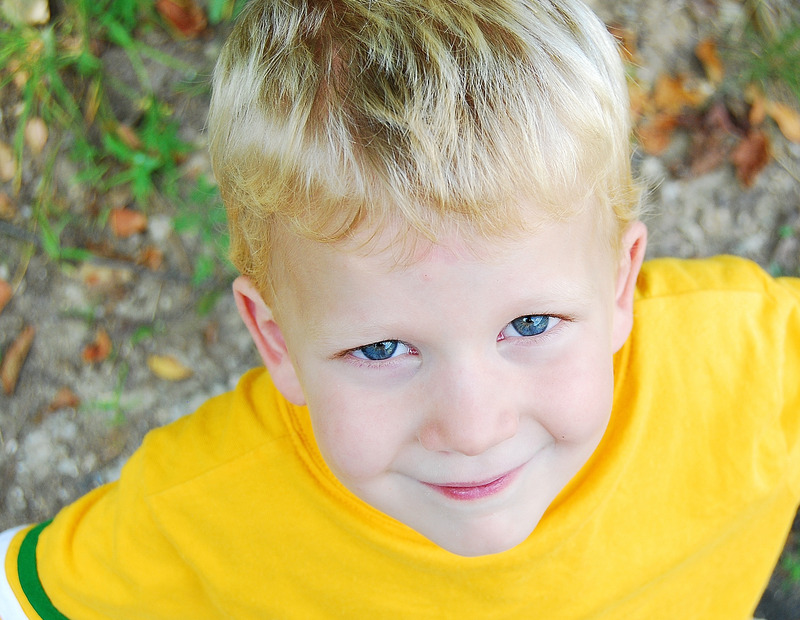 Caleb turned four years old on July 9.  He likes to tell stories, he still likes to play with Thomas, he likes playing with his big brothers and his sister.  He loves to color and look at books.  He still cries too easily, disobeys more, and needs Mama more often than the others.  He’s four, so that’s okay.  He has his Papa wrapped around his little finger (Rich calls him, “my Caleb”)  He’s had a big year, because this year he turned into a BIG BROTHER.

After I took this next picture (2 months ago), he hopped up and said, “NOW I can be on YOUR COMPUTER!” 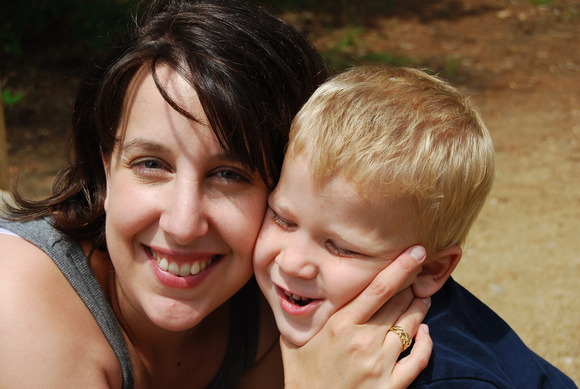 Caleb got a new bike for his birthday! 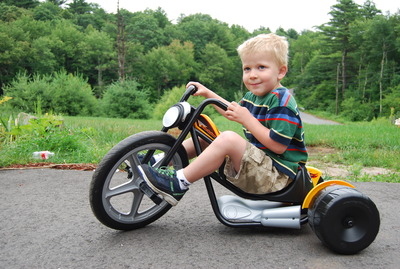 Inspired by my xanga friend Lazonya, I bought a “cut-up cakes” cookbook and let Caleb pick out whatever cake he wanted for his birthday.  I thought for sure it would be the train…..but,

he picked a watermelon cake.

Soooooo easy!  He loved it. 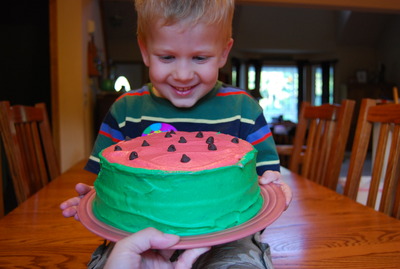 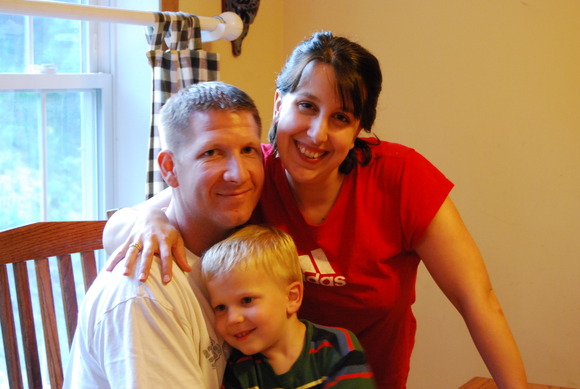 Caleb went through a Buzz Lightyear stage this summer and dressed up like this almost every day for a week. 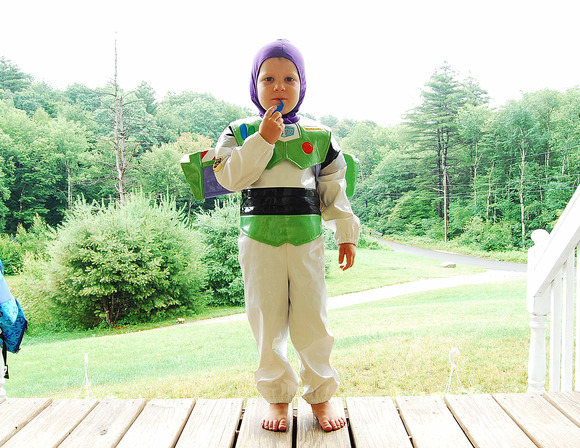 He’s a fun little guy.  He talks so much, and still says funny things.  The other day he said, “Don’t SUCH BE a PARTY POOPER!” 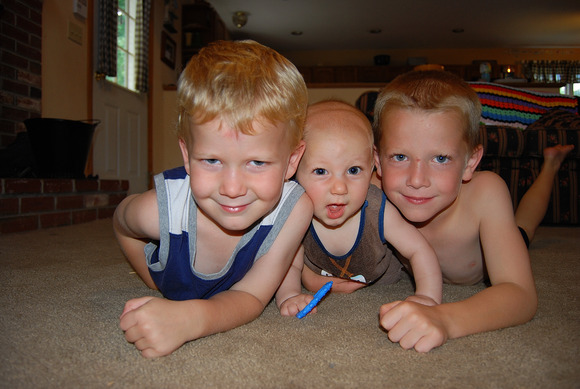 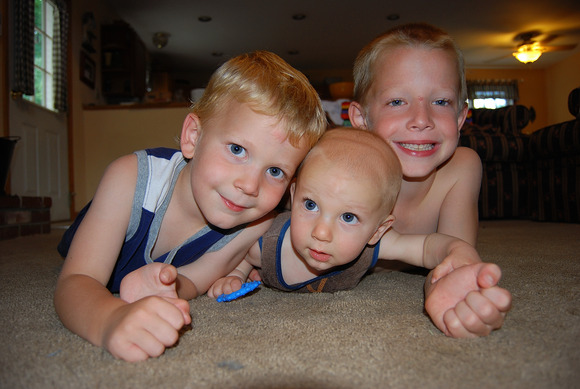 We decided to let Caleb grow hair.  I find, with having so many boys, that the buzz cut is quite convenient and much easier.  But Caleb has such nice hair.  Unfortunately, Rich took him for a haircut on Saturday, just to get it trimmed a little around the ears.  I was shocked when they came back and he had a buzz cut again.  Apparently  it had to be cut short to even out a spot that David had cut off last week with scissors.

This was an exciting weekend for me, for my whole family actually, because my friend Christie came with her family.  They arrived Saturday and left yesterday.  She and I have been friends for almost 10 years, ever since Rich and I lived in Pennsylvania for 8 months when Grace was our baby.  Our families lived in the same neighborhood and went to the same church.  Christie and Ross have four children and this is the third year in a row that they’ve stopped by on their way back home from a vacation in Canada.

The children play like crazy and the adults talk and visit.  We love them!

This is a post from two years ago, from their first visit.  (with more details about Christie and her friendship to me)

Pictures from this year

Caleb (with his new hair) and James played so well together. 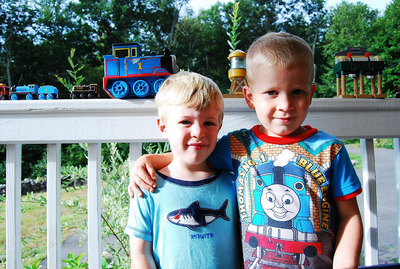 Cameron fits right in with Jacob and Ethan….this year they spent a lot of time outside and discussing “Star Wars”~ 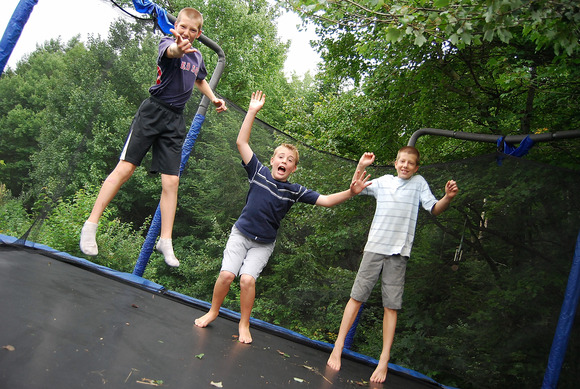 And it’s so nice for Grace to have GIRLS to play with.  This is a picture of her with Sophie. 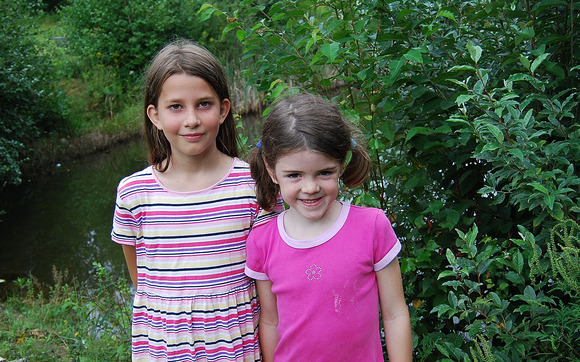 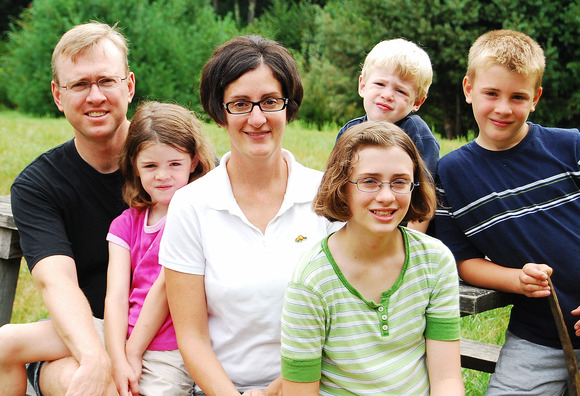 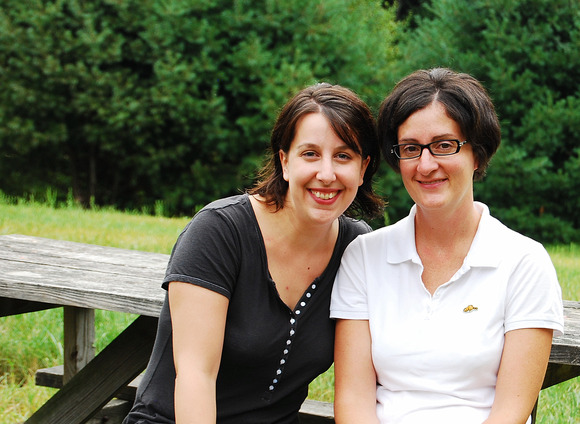 And this year I set up my tripod and took a picture of all of us. 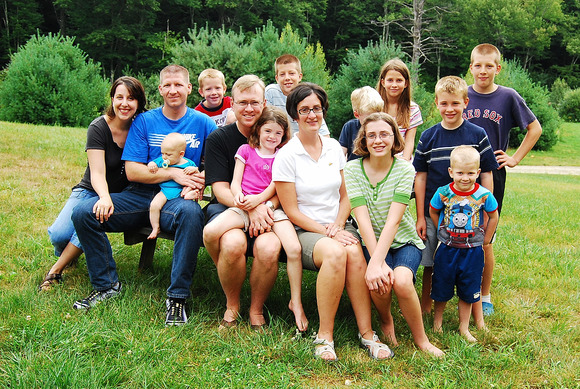 Yeah, it was fun making pancakes for 10 children yesterday morning!  I still couldn’t convince Rich that, “See honey?  We could fit 10 kids around the table!”  Ha ha…….

A couple more pictures from the weekend: 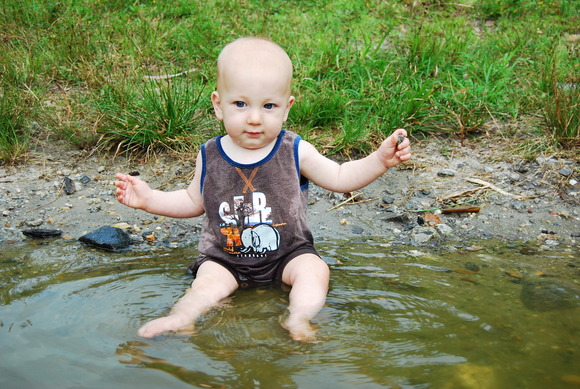 I’ve been letting Seth sit and splash in the pond.  He loves it. 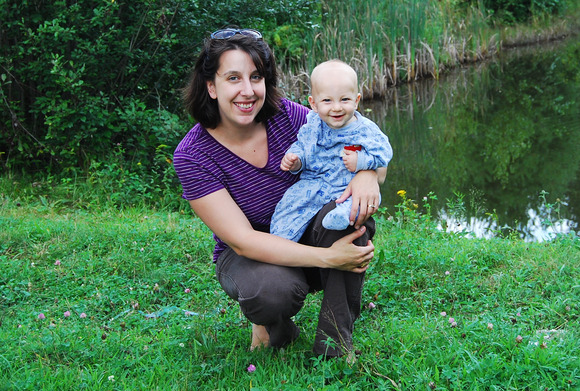 Well, I should call it quits for this post.

I hope all of you have a wonderful week enjoying God and His many blessings!

Today we go and visit David’s first grade teacher and classroom so I’ll be posting some pictures of that tomorrow.