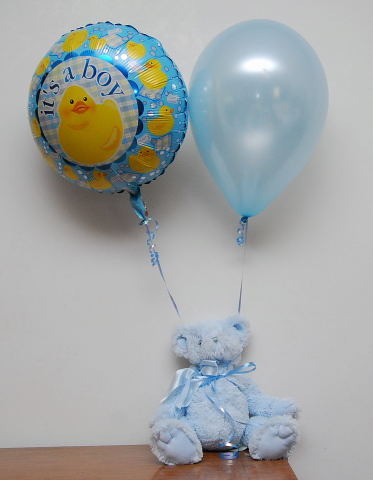 This morning, at 9:30, I had what I thought would be just a regular O.B. doctor’s appointment.  After I had my check up, my doctor reminded me that I had a scheduled ultrasound on Wednesday and then said, “You guys don’t want to know the sex of the baby, right?”

So. . . . . . .I agreed.  I only had Caleb and Grace with me, the older boys were at home.  My doctor turned on the ultrasound machine and we all excitedly awaited the news.  Even my doctor  was excited.

After scanning around a bit on my tummy, and talking to the kids about what the screen was showing, she laughed and turned to me, and mouthed,

She showed me “the part” on the screen several times. . .so, I’m 99% positive that the baby I am carrying IS A BOY.

I told Grace myself and she was very quiet, but after it sunk in she was A-OK which I knew she would be.   She said the part that made her sad was that she really wants to share a room with somebody.  So, I told her the baby could be in her room with her for a while and that cheered her up.

We both are falling in love with the idea of a new son.  I kid you not, I have tears in my eyes as I write this, because I’m so happy.  And now I’ll be looking forward to actually holding him in my arms and kissing his little face.

Even though he’s our fifth son/sixth child, HE IS ALSO MY FIRST because each baby is special and unique.  He is just as special as any of the other children.  He’s not a rerun or a “here we go again”.  He’s our NEW baby and we are all so happy.

After my appointment, Grace, Caleb, and I went to the IParty store and bought some helium balloons–one pink, five blue, and one “announcement balloon”.  Then, we went to a toy store and bought the baby a stuffed bear.  We came home and I said to Jacob and Ethan, “We have some news for you!!!” And they looked at the balloons and said, “It’s a boy???” and they were smiling from ear to ear. 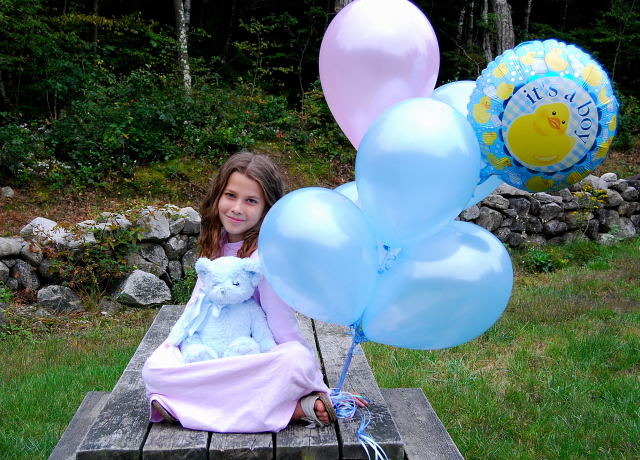