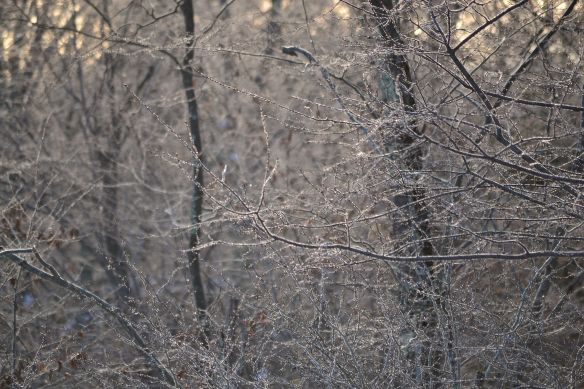 I took these photographs last weekend, in the early morning.  The sun was on it’s way up and shining through the woods.  I glanced out the window, and glanced again.  Everything was sparkling and glitter, from the tree tops to the snow on the ground.  I had to get out–I put my snow stuff on and tromped into the bitter air, carrying my camera.  Branches were covered with an icy frost and as I got closer, the details were stunning.  The stream was beautifully ice-covered, and then I saw tracks and someone’s house.  Are you a rabbit?  It’s nice to know we have animal neighbors.